A regional journalist diagnosed with depression has launched her own podcast in a bid to help others with mental health issues.

Hunts Post reporter Katie Ridley, pictured, has started broadcasting with the launch of her ‘What Next?’ podcast, which aims to eliminate the stigma around mental health.

Four episodes of the podcast have been recorded so far by Katie, along with fellow presenters Marcus Kenmir and Paulo Soares.

Katie was diagnosed with depression last year, having suffered with anxiety for the majority of her teenage years. 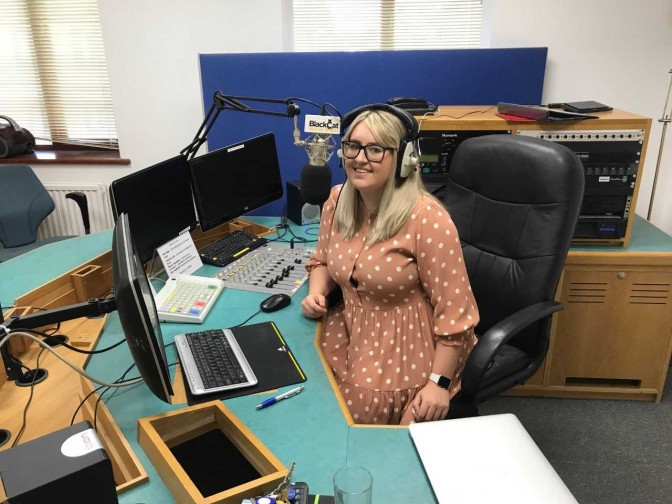 She told HTFP: “Last year I couldn’t even get out of bed or do anything as I was so low, and I relied on podcasts to make me feel a bit more sane. I wanted to start something that would get people talking and allow people to be open about their struggles.

“That’s where I came up with the idea. The team of people that help on the podcast are amazing, they are so creative and we have worked really hard to get this off the ground.

“There is a team of three of us, which includes myself, Marcus Kenmir and Paulo Soares and we are all really dedicated to changing the way that mental health is viewed. We have guests on the show each week who talk about their struggles with the illness and then we are also going to be having experts on to chat about how we can help people.

“So far we have had great feedback, with us having more than 200 listens already, and we haven’t really promoted it that much. From a journalist perspective, I think it is up to the media to keep running stories about mental health and normalising it and I think we have a responsibility to do so.”

The team record the podcast at Black Cat Radio in St Neots, and Katie added the station was “really supportive of what we are doing.”

She said: “It’s nothing to do with my job at the Hunts Post but I am hoping it will help raise awareness.”

HTFP reported in March how Reach plc had launched its own mental health podcast called ‘No Really, I’m Fine’, which is presented by Cheshire Live live news reporter Gemma Sherlock.