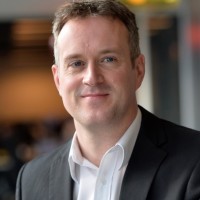 A regional daily editor has warned that “truly appalling” online abuse of journalists is now becoming the “new normal”.

Keith Perry, left, who edits the Coventry Telegraph, has hit out at social media users who abuse journalists working for him, as well as those who previously worked for the newspaper.

Keith’s comments come after former Telegraph chief reporter Simon Gilbert, who now works as a political reporter for the BBC, received “vile and disgusting” abuse from football supporters after running an exclusive about their club.

Simon broke a story last week about Sisu, which owns Coventry City Football Club, going to the European Commission with a legal complaint over the sale of the Ricoh Arena stadium to rugby club Wasps.

Wasps subsequently pulled out of talks to allow City to continue to play at the stadium, saying they had previously been unaware of the complaint, meaning the football club may have to play home matches away from Coventry next season.

After the story’s publication, Simon revealed on Twitter he had received abuse from some fans of City, nicknamed the Sky Blues, who had sent him insults including “paedo” and “mong”, as well as “f*** off”.

In an editorial in defence of Simon, Keith wrote: “The very thought of the Sky Blues leaving this city again is awful and we all know the damage it could cause to the club and the city. Many will be in an unforgiving mood after having their hopes raised and then dashed.

“City fans are emotionally invested in their club in a way no set of accounts could ever record so a level of anger is to be expected but the temptation to shoot the messenger is ridiculous and misplaced. Worse than that a tiny, vocal minority have barged reasonable debate out of the way to launch vile and disgusting abuse at the journalist who broke the story.

“Our former Telegraph colleague Simon Gilbert is clearly a good journalist, he was our chief reporter before joining the BBC, but the notion that he managed to find out about the EC complaint before Wasps did is just laughable. The idea that any media outlet has ruined the talks that we all thought were leading to a happy resolution is simply ludicrous.”

He added: “That it has now led to the vicious abuse of a journalist doing his best to keep fans informed is incredibly sad.”

Keith then turned his attention to the “increased hostility towards journalists” in general, including those currently working at the Telegraph.

He wrote: “Our journalists now spend a large chunk of their working lives in the social media arena. We interact with our audience, bringing a new level of transparency to what we do as we in turn seek transparency from those who hold power.

“It helps us put you at the heart of what we do and we appreciate that you can give us a real-world perspective that can sometimes be lost in a media bubble.

“But abuse of reporters, some of it truly appalling, is fast becoming the new normal. If we allow that happen, what’s next?”

So far in 2019 alone, HTFP has covered several examples of regional journalists speaking out abuse abuse they have received online.

The abuse was received after Michael had covered a sentencing hearing involving Enticott, who had admitted assault by beating, theft and burglary.

And just yesterday, we reported how Oxford Mail news editor Rebecca Hudson had received an apology from a blog owner after “completely ludicrous” conspiracy theories involving her were posted on his website.

In a post on Twitter, Simon thanked those who had offered him support after he received the abuse, but at the same time shared a screenshot of a message he had received which said “f*** off you snakey little rat c***”.

Simon added: “I’m still getting the odd message like this, but good outweighing the bad now. Anyway, on with the job in hand.”