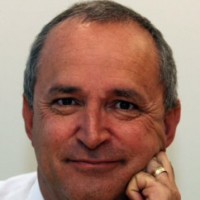 A managing director who has left a regional publisher after nearly four decades says the industry is now “unrecognisable” from the one he joined.

During his career, Simon has held various directorial roles within Reach and its forerunner Trinity Mirror in which he was responsible for different titles across the Midlands and South of England.

Simon, who is a fourth-generation member of a newspaper publishing family, left Reach last week. The company has yet to announce whether Simon will be replaced.

Said Simon:  “I have enjoyed an amazing career with Reach plc. I have learnt many things, made many friends, worked with some truly talented people and have many memories that will stay with me forever.

“I can look back on an industry that is unrecognisable from the early days, when I started, but I am confident the changes that have occurred put Reach in an incredibly strong position to capitalise on new opportunities in the future.”

Simon also reflected on his career in a question and answer piece for the company’s intranet.

Asked how journalism had changed in the last 39 years, he said: “Clearly the internet and social media has changed everything, suddenly everybody has the ability to disseminate news, generate audience and influence. Yes, there are fewer journalists but the positive is their content is being consumed by many more people than ever before.

“Funding journalism in the past was easy, selling hundreds of thousands of newspapers with 100 plus pages of property and recruitment advertising.

“Finding a sustainable business model to fund great journalism in the future has to happen for us to continue.”

Simon added he now plans to “enjoy retirement with the family”.

He said: “I’ve got one grandson and another on the way. Retirement is a lifestyle choice and I need to lose a few pounds, get fit and pack up the cigarettes, but apart from that play a bit more golf.

“My wife is clearly concerned as she bought me a bee hive for my birthday – what I know about beekeeping can be written on a very small bit of paper.”

In an announcement about Simon’s departure, Reach Regionals director Alan Edmunds said: “Simon retires with our warm thanks for his huge contribution to the company over so many years of dedicated service.

“He has earned the friendship and respect of me and of so many colleagues through his first class approach to the key leadership roles he has held. We wish him all the very best for the future.”