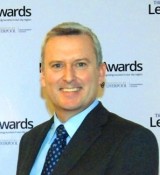 A managing director responsible for four daily newspapers is leaving a regional publisher after 28 years.

Carl Wood is leaving Reach plc, where he is the MD responsible for the Liverpool Echo, Manchester Evening News, North Wales Daily Post and Huddersfield Examiner.

He has had responsibility for the four titles since last year when Paul O’Halloran, who was MD of the MEN and Examiner, left the company.

Carl, who is the third senior manager to leave Reach since Jim Mullen took over the company’s new chief executive last month, had previously been MD for the Echo, as well as Reach’s other North West and North Wales titles.

His departure was confirmed in announcement to staff by Alan Edmunds, director for Reach Regionals, in a message seen by HTFP.

Said Carl; “I have had a fantastic 28 year career with the company, worked with the most talented people in the industry and had responsibility for world-famous brands in the Liverpool Echo and the Manchester Evening News, which I am very grateful for and very proud of.

“I feel very lucky to have had such an enjoyable and rewarding career but now I am looking forward to, and am very excited about, the future plans and choices I can make”

“I would like to thank all of my colleagues and wish them all the very best.”

In the message, Alan added: “Carl has been a great friend and colleague to me and to many. I would like to thank him for the first class leadership and dedication he has demonstrated over so many years and wish him well as he leaves the business this week.”