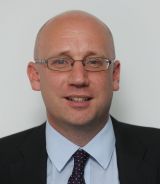 An editor-turned-MD has become the latest senior manager to leave following a regional publisher’s restructure of its commercial operation.

Jonathan Russell, left, has left his role as commercial managing director of Media Scotland, which is part of Reach plc.

Jonathan is a former editor of Glasgow-based daily The Herald, and joined Media Scotland as publishing director in 2013.

Simon Edgley, Reach’s commercial managing director for the South-East and Devon & Cornwall, also retired earlier this year, although it is understood this was not due to the changes.

Jonathan’s departure was revealed to staff in an announcement, which has been seen by HTFP, by Reach chief executive Jim Mullen.

He said: “Commercially we must evolve in order to allow us to drive performance in a consistent and efficient manner and help to protect the longevity of our Reach Scotland portfolio. As a result of these changes Jonathan Russell has decided to leave with immediate effect.

“Helena Morrow and her team will report into our existing regional commercial structure and continue to drive revenue for the whole portfolio. Both Ian MacGillivray and Jackie McGuigan will now report into Reach Solutions, continuing to support both our Regional and Nationals commercial teams.

“Editor-in-chief David Dick will continue to make sure that our newspapers and websites are at the heart of the national conversation in Scotland. As the senior executive in Reach Scotland David (assisted by Maureen Collins) will assume coordination and communication responsibilities for the location.

“By aligning our considerable commercial resource and maintaining Reach Scotland’s editorial dominance we will continue to grow our opportunity and ensure our future is bright.”