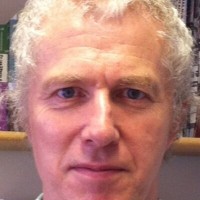 The BBC says it is currently “considering” ways to develop its local democracy reporting scheme after the co-author of McNae’s Essential Law for Journalists called for it to be expanded to cover courts.

Mark Hanna, left, who is also a senior teacher at the University of Sheffield’s Department of Journalism Studies, wants to see the scope of the taxpayer-funded project increased – but has warned that it should not come at the expense of existing regional press court reporters or freelance journalists.

Currently, around 150 journalists are employed by regional press groups under the scheme to cover local authorities across the United Kingdom.

In February, a review by Dame Frances Cairncross into the future of news provision in the UK called for an expansion of the scheme along with the establishment of a publicly funded Institute for Public Interest News.

Mark’s own call comes after he praised Leicester Mercury reporter Adrian Troughton’s coverage of a truancy case at Leicester Magistrates’ Court, saying on Twitter there are “fewer reporters now in the regions to be at magistrates’ courts” and questioning whether this could be rectified with an expansion of the LDR scheme.

Speaking to HTFP, Mark said: “I hope that the Local Democracy Reporting Service can be extended to cover the reporting of courts and tribunals. We know that court coverage has declined. The Cairncross Review cited research saying such coverage had dropped by 40pc in regional newspapers in the four years from 2012 to 2016.

“But any expansion of the LDRS into court reporting, if the BBC or any other source of funds can achieve this, needs careful planning. It must not prompt any regional media to make any existing court reporters redundant, or make matters worse for the much-dwindled number of freelances who cover courts.

“Most court reporters mainly cover Crown courts, I suspect. Perhaps an expansion of the LDRS could, in the first instance, be confined to coverage of magistrates’ courts, civil courts and tribunals, and – if it does cover Crown courts – be designed to give some fresh earnings to freelances.”

Mark sits on a media working group set up by HM Courts and Tribunals Service to advise it on how open justice can be preserved and enhanced in the Ministry of Justice’s ‘digital reforms’ programme.

He added: “The whole issue of how journalism can help sustain and increase open justice needs a big rethink. For example, the Ministry of Justice should – as part of its ‘digital reforms’ – make access to civil and tribunal case documents easier and cheaper. It could put them online so reporters could start digging into stuff which rarely sees the light of day now.

“The civil courts and tribunals have never been covered extensively. We all know that important, societal issues feature in some of these cases, and in many of those at magistrates’ courts.

“There will never be enough resources to cover more than a fraction of cases, obviously. But – as a minimum – there needs to be enough journalists to cover the major ones, and they also need some time to dig around.”

In response to Mark’s call, a BBC spokesperson said: “We’re pleased with the success of the Local Democracy Reporting Service and are considering ways to develop our work in this area.”