JPIMedia sells the i to Daily Mail owner for £49.6m

DMGT has purchased the i from JPIMedia for £49.6m in a deal worth more than double what the regional publisher’s forerunner paid for it.

The owner of the Daily Mail has announced a deal with the company for the national newspaper.

JPIMedia forerunner Johnston Press had itself purchased the title for £24m in 2016 from Evgeny Lebedev’s Independent Print Limited.

It is anticipated that the acquisition will be reviewed by the UK Competition and Markets Authority. 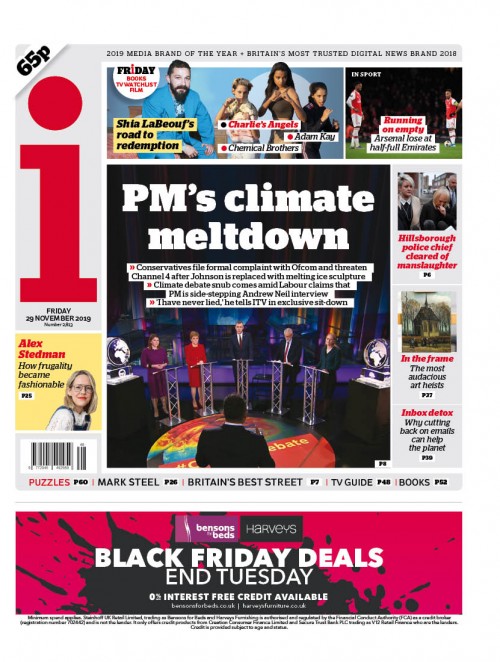 Lord Rothermere, chairman of DMGT, said: “We are delighted to welcome the i to our stable of media brands. It is a highly respected publication with a loyal and engaged readership.

“We are committed to preserving its distinctive, high quality and politically independent editorial style. The acquisition of the i is both strategically and financially compelling for DMGT and there is scope for potential synergies in the future, notably from dmg media’s existing infrastructure and in advertising sales.

“The business will benefit from DMGT’s long-term approach and commitment to investing in editorial content. We also see good opportunities to develop inews.co.uk, a growing digital media asset.

“Financially, the i will be a strong cash generator for the Group as we continue to invest across the portfolio, both organically and through acquisitions.”

The announcement comes after Reach plc this morning confirmed it was pulling out of the bidding war for JPIMedia’s assets.

JPIMedia put itself up for sale in the summer and it was understood management had originally hoped to sell the group as a single entity.

However after DMGT  emerged as the “frontrunner” to buy the i in September it became clear that the group would be broken up.

Newsquest is believed to have secured “preferred bidder” status for JPIMedia’s regional titles after topping Reach’s estimated £50m bid for the company.

In a message to staff this morning, JPIMedia chief executive David King said: “Earlier this year I wrote to you to explain that the Board were undertaking a review of strategic options for our business.

“It is the nature of these processes that they are conducted confidentially, and despite speculation and rumour it has not been possible to provide you with any details on progress.

“I can now confirm that today, 29 November 2019, dmg media has acquired JPIMedia Publications Ltd which owns the i newspaper and website. Terms and conditions of employment of staff at the i are not affected.

“JPIMedia Publications will be led by Richard Thomson as Managing Director, with Oly Duff remaining as editor-in-chief. I will update you further on progress with the regional newspaper business review in due course.”