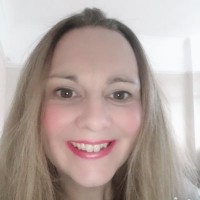 A journalist who left a regional newsroom due to cuts just weeks after breaking one of the year’s biggest sports stories has spoken out about her decision in a TV documentary.

Alison McConnell, who worked for Glasgow-based dailies The Herald and the Evening Times before taking voluntary redundancy in March, told a TV crew the titles’ office had become “very difficult to work” in prior to her departure.

Alison, pictured, discusses her decision on camera in the second episode of BBC documentary The Papers, which airs tonight at 9pm.

The episode follows the work of Newsquest’s titles in Glasgow earlier this year and captures the newsroom on the day Alison broke the news that football manager Brendan Rodgers was leaving Celtic FC, who are based in the city, to join English club Leicester City.

But the show goes on to reveal that only around four weeks later Alison was leaving the company after taking VR, along with deputy editor Gordon Stevenson and three other unnamed members of staff, although she has continued to write paid columns for Newsquest since her decision to leave and go freelance.

In the programme, Alison tells the BBC’s cameras: “I’m leaving now because I feel as though it’s been a slow and suffocating decline to be honest and I think for me the atmosphere, around particularly this newsroom, has become very, very difficult to work in.

Expanding on her reasoning, she says: “There seems to be a perennial air of negativity all the time because what you’re talking about are cuts, and people get very demoralised when you’re always cutting resources but asking for more work.”

Earlier in the documentary, Alison tells the cameras how she had been trying to organise her three primary school-aged children while filing the breaking news about the departure of Mr Rodgers – a story which prompted the Evening Times to produce a special late edition.

The programme also records a meeting of heads of departments after they were tasked with finding savings of around £400,000.

Newsquest Scotland editor-in-chief Donald Martin tells the meeting: “We’ve done brilliantly to get to just over £300,000 savings, but there are still three individuals whose livelihoods are at risk. We’ve just got to see if we can think hard about how we might do something differently, look at some of this spend that isn’t staff.

“It’s down to us. I really want to emerge from this without a compulsory redundancy and I think all of you do too. We’ve been through enough crap in the last few years, but it’d be disappointing, wouldn’t it, if we got to that stage.”

In an interview aired at the end of the documentary, he adds he had “taken close to £1.8m out in the last 16 months”.

Donald says: “I am very close to that point [where] I don’t know what else I’ll be able to do if I get more pressure on costs. Going forward [it] could have an impact on the quality or our ability to deliver digital. We’re really at that tipping point.”

Cameras also follow Herald chief reporter David Leask as he interviews people in the former mining village of Auchinleck ahead of a big football match.

David tells the BBC: “I think this is one of the best jobs you can do. You’re literally the person who gives people their voice, who allows people to say what they need to say and tell their story.  And that’s such a privilege and a wonderful job.”

Other aspects of the titles’ work covered by tonight’s episode include The Herald’s decision to drop its daily leader column and an aborted attempt to design a Trainspotting-themed front page, although the idea was later resurrected by its sister title The Herald on Sunday.

In a comment piece published in this morning’s Herald, Donald admitted tonight’s episode could be a “painful watch at times as valued colleagues leave our newsroom”.

He wrote: “Thankfully, all of those who have departed in the past 18 months have done so voluntarily. In many cases, such as our sports reporter Alison McConnell, they have opted to go freelance and had the financial cushion of continuing to write paid columns for us. We retain talent but on a reduced cost base.

“As with almost all industries, we need to continually adapt to new technology and new demands. That means taking advantage of process efficiencies and evaluating the importance and priority of resource.”

Donald added: “Production roles will naturally be where the focus is to make efficiencies if we can, rather than content creators. But again that balance must be struck to ensure our papers look great, our content properly displayed and, of course, copy errors are kept to a minimum.

“That makes for difficult conversations and in that respect we are no different from many other professions. Hopefully though it will come across clearly that my managers truly care about the people who work for them and show the same empathy, honesty and integrity that is the hallmark of trusted journalism.”

The episode airs on BBC1 in Scotland at 9pm tonight, and will also be available online via the iPlayer along with part one of the documentary, which aired last week.