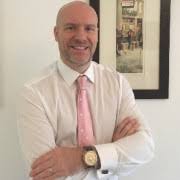 An editor has defended his decision to cut daily leader columns from his newspaper – saying its readers don’t need to be told “what to think every day”.

HTFP reported on Wednesday how Graeme Smith, former editor of Glasgow-based paper The Herald, said he was “stunned” by the apparent decision to stop publishing editorial leaders on a daily basis.

Now Donald Martin, Graeme’s successor, has explained his reasoning behind the move and confirmed the columns will not disappear totally from The Herald’s pages.

Speaking to HTFP, Donald said he would still publish leaders “as and when appropriate”, while a regular editorial column will continue to appear in The Herald on Sunday.

Donald, pictured, said: “We have not completely stopped them, but just won’t do them by default every day.

“Having an apolitical stance restricts the leader writers on many occasions to a balanced summary rather than taking a view.

“In addition there is not always a topic every day that the newspaper feels the need to express a strong opinion on given that it is apolitical and we have a team of independent columnists paid to do precisely that.

“In addition, our superb specialist writers provide insight and analysis on their subjects and these are carried alongside the news articles.”

Donald said The Herald had received one negative email about the change, which he believes “indicates that the readers are more relaxed about it than media commentators”.

He added: “The paper still carries opinionated columnists, giving a variety of viewpoints on an issue.

“Our readers are well informed, educated and extremely capable of forming a view without us having to tell them what to think every day. Our letters pages are testament to their strength and independence of voice.”

Graeme said in a  Twitter thread about the move last week: “I was really stunned by this as I am sure many Herald readers will be.”