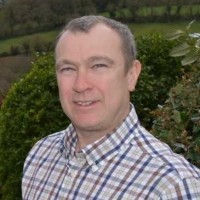 A hyperlocal news network is aiming to recruit up to 200 journalists in a bid to address an “identity crisis” in small towns across the UK.

Karl Hancock, who spent 25 years working as a banker in the City of London, has founded news aggregation service Nub News which currently has 59 hyperlocal outlets across the country.

But his ambitions to re-shape local news go far wider, with aspirations to launch up to 700 news websites employing 200 journalists.

Karl, pictured, is focusing his efforts on towns with populations of between 5,000 and 100,000, which he believes are not being served by the big city-based regional titles.

He told HTFP: “It’s no fault of Reach, Newsquest or Archant – there’s still demand for local news – but revenue has massively declined.

“They’re doing their best but there have been closures and cuts, and that’s caused a bit of an identity crisis in these towns.

“We’re currently an aggregator just like Google or Twitter, and what we’re doing is providing a low-cost news platform while upholding the integrity of local news.”

But Karl added: “I see us phasing [aggregation] out as soon as possible really.”

Nub News, which Karl founded with old university friend Dean Waghorn in September, is hoping to recruit 100 NCTJ-qualified journalists over the next two years, along with 100 graduates.

He has recently held talks with the NCTJ about setting up a scheme to train the graduates while on the job.

It currently has 59 hyperlocal operations in the West Country and Lincolnshire overseen by six editors, and is largely a news content aggregation service at present.

A further 90 sites are due to launch in the coming months, mainly in Wales, with 700 proposed within two years.

Karl was inspired to take up the project after leaving the City and being presented with a “Dragon’s Den” pitch by computer programmer Dean, who initially launched Nub in Bridgwater as a hobby, while at a university reunion in Cardiff.

After he “absolutely fell in love with the idea”, Karl subsequently took the proposition to a number of investment firms who were interested in the plans.

The Nub business model currently relies on sponsorship and banner ads from local businesses, and one of the company’s principles is for there to be “no intrusive or aggressive advertising on its sites”.

The NCTJ confirmed to HTFP it has held discussions with Nub News, but declined to comment further at this stage.