A regional daily has published its first ever Sunday edition after extending its print operation to seven days a week.

The MEN on Sunday hit newsstands for the first time yesterday after its launch was announced last month, with a cover price of 85p compared with 80p for the Monday to Friday paper.

The MEN previously pledged that the edition would focus on “investigations, political coverage and powerful social journalism”, and includes a new ‘Williams on Sunday’ column from the newspaper’s award-winning political and investigations editor Jen Williams.

There is also a 24-page weekend supplement including a City Life section, travel, 7-day TV listings, film, fashion and puzzles. 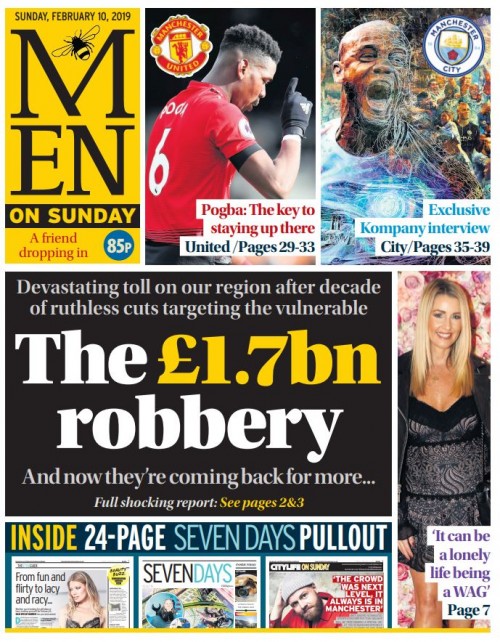 In a message to readers published on Saturday, ahead of yesterday’s launch, MEN editor-in-chief Darren Thwaites said: “This is a big deal for Manchester and a big story for the newspaper industry.

“Your loyal support, alongside the exciting development of our region, has given us the ambition to expand, while many others contract.”

Journalists posting on Twitter have welcomed the edition’s launch.

Sunday Post crime reporter Stacey Mullen wrote: “It gives me hope when I see this in our industry. Very vibrant front page too.”

And Guy Keeble, the MEN’s head of commercial entertainments and sport, added: “Proud to have been involved in pulling this together these last few weeks. A great team effort across the business.

“Looks fantastic, full of great content and from a commercial point of view we’ve had some great feedback from clients.”