Two regional dailies are to come under the same editorship after it was announced a current editor is set to move to semi-retirement.

Southern Daily Echo editor Gordon Sutter will add the Bournemouth Echo to his portfolio after it was revealed Andy Martin, who edits the latter Newsquest title, will step down after four years in charge.

Andy, 59, has been with the Echo for 31 years and served as its news editor from 1997 before taking the top job in 2015 when predecessor Toby Granville became the group’s editorial director.

He will take on a new role as associate editor and community ambassador for the newspaper after leaving his current role. 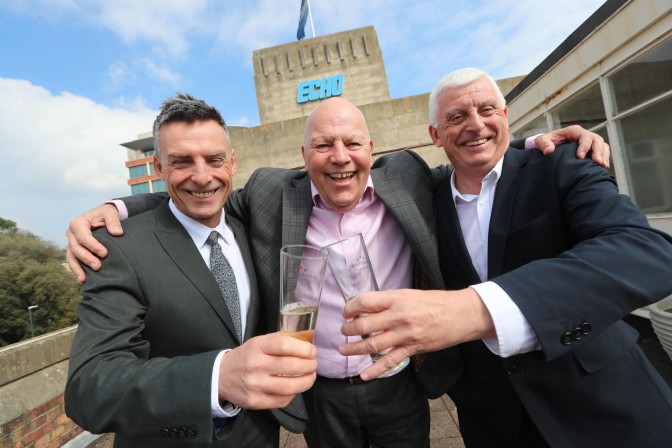 Said Andy: “The Echo has been my life and my passion for more than three decades. I feel very privileged to have had a wonderful career here and to work with many amazing, talented and dedicated people, not least my current, brilliant newsroom team.

“I am of course absolutely delighted to be able to continue my association with the Echo in a new and important way.

“I am also delighted at Gordon’s appointment. We have worked closely together since the early 90s and have been friends throughout that period.

“He is an exceptional journalist and I know the Bournemouth Echo and all our titles will be in very safe hands.”

Vincent Boni, managing director for Newsquest Hampshire and Dorset, said: “I should like to pay tribute to Andy as an exceptional journalist and editorial manager.

“Andy will remain close to the Bournemouth business and will take up a new role as an associate editor and community ambassador in a move towards semi retirement.

“This change takes immediate effect although Andy and Gordon will be working together during a transition period. I congratulate Gordon on his wider responsibilities.”

Gordon, 51, joined Newsquest 30 years ago and has worked in both the Bournemouth and Southampton newsrooms over that time. He has been editor of the Southern Daily Echo for two years.

Gordon said: “Andy will be a hard act to follow but I am really looking forward to joining the team in Bournemouth.”