Up to 10 journalism roles are at risk at two sister dailies as a result of plans to create a new editorial hub covering both titles.

Staff at the Southern Daily Echo and the Bournemouth Echo have been told of plans which could also see some jobs transferred from Southampton to Bournemouth, more than 30 miles away.

The proposal comes after it was revealed last month that the two titles’ editorships were set to merge, with Daily Echo editor Gordon Sutter taking charge of both Newsquest-owned papers and Bournemouth Echo editor Andy Martin moving into semi-retirement with a new associate editor role.

In a separate move, Newsquest has also revealed plans to close the office of the Chester Standard, with its three reporters being relocated to the offices of sister daily The Leader in Mold. 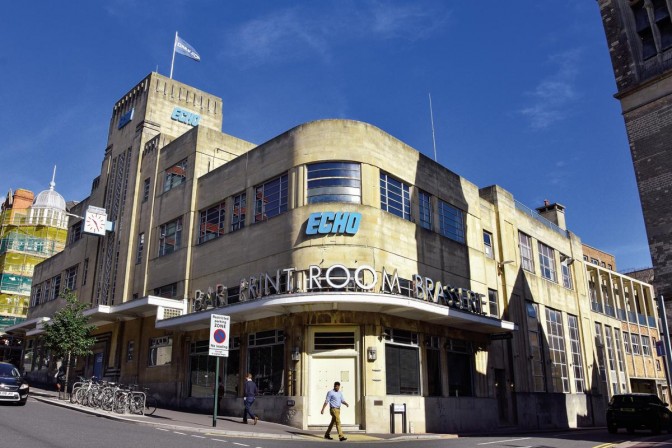 The current role of nostalgia writer, based in Southampton, would be extended to additionally cover the Bournemouth area, with a new role of a group nostalgia writer, operating from both locations, being created.

The Southampton-based roles of content manager/head of production, lifestyle writer and inputter would be removed from the new structure as they “no longer will be required”, while one Southampton-based sports reporter role would also be made redundant.

In all, the roles placed at risk of redundancy in Southampton are one business editor, one content manager/head of production, one lifestyle writer, three sports writers, one picture editor and one inputter – with two posts, business editor and head of digital images, under threat in Bournemouth.

A message to staff, which is attributed to both Gordon and Andy and has been seen by HTFP, states: “The company continues to review all functions and disciplines across the business and where appropriate implement re-organisations or consolidations of functions so as to deliver efficiencies and reduce costs.

“In line with that, a review has been ongoing into the editorial content and operations at both the Southampton and Bournemouth centres.

“Following this review the company has now identified an opportunity to restructure both centres and is proposing to create one editorial hub reporting to the Southampton & Bournemouth group editor, Gordon Sutter.

“Subsequently, some editorial functions currently based in Southampton will be either amalgamated and moved to Bournemouth or work from both locations while other roles will no longer be required thus placing them at risk of redundancy.”

In a separate move, the company has revealed plans to shut the office of the Chester Standard, with its three reporters being relocated to Mold, in North Wales, where daily title The Leader is based.

A voluntary redundancy scheme has also been opened for staff in Chester and Mold, but in a message to staff, seen by HTFP, Newsquest’s North West & North Wales managing director Nick Fellows said he hoped to “avoid unnecessary redundancies wherever possible”.

HTFP reported last week how Newsquest had announced the creation of a Lancashire regional news team to be drawn from staff at the Bolton News and Lancashire Telegraph, which will involve some “key management roles” relocating from Blackburn to Bolton.

A Newsquest spokesman said: “We continue to look at ways of working more efficiently across our business and have recently had a review of the Bournemouth and Southampton departments. We are now proposing to create one joint editorial hub in Bournemouth for both centres reporting to the group editor Gordon Sutter.

“Subsequently, some editorial functions currently based in Southampton will be either amalgamated and moved to Bournemouth or work from both locations while other roles will no longer be required thus sadly placing 10 at risk of redundancy.

“Separately, the company is proposing to centralise the Leader and Chester editorial function. This regional news team will be based at the Leader offices in Mold and in order to avoid any compulsory redundancies we are willing to consider any requests for voluntary redundancy in the first instance.”