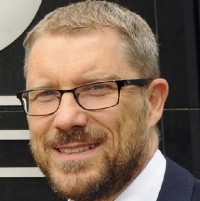 A regional daily editor has thanked readers who have subscribed following the launch of an online paywall – saying he makes “no apologies” for its introduction.

Mark Waldron, left, who edits Portsmouth daily The News, has published a letter of thanks to those who have supported the newspaper’s website by signing up to the scheme.

Owner JPIMedia revealed in May that The News and Blackpool daily The Gazette would be the first of its titles to implement paywalls on a trial basis, with an introductory offer of a £1 per month for three months on the sites.

The Scotsman has also since moved to the model, which allows readers access five free articles per week before being asked to pay.

In his letter, Mark wrote: “Thank you. Two words which mean so much although may not necessarily do justice to my appreciation of all the loyal readers who continue to support The News since we launched our portsmouth.co.uk subscription model at the start of the summer.”

“Obviously, the move to subscriptions was never going to be universally welcomed. I have dealt with a raft of questions and complaints on the subject and I too see the comments posted on our social media feeds. But I make no apologies for the decision we have taken.

“I knew that we would not take everyone with us on this exciting new news journey but at least by complaining it did show that people cared about and enjoyed the content we provide them. We could just no longer sustain this as a free service.”

No statistics have yet been made available by JPIMedia regarding the number of people subscribing as a result of the trials, but it is understood the pilot scheme will be assessed within the next two months before a decision is made on whether it should be expanded.