A daily newspaper has explained its decision to introduce a paywall on its website – saying it will to help “pay for quality journalism.”

The Bradford Telegraph & Argus has published a piece about the move, which sees readers pay if they wish to access more than 20 articles per month, excluding breaking news stories and some court reports.

The Telegraph & Argus has told readers that “every newspaper has experienced a decline in advertising revenue, yet the cost of our journalism remains the same.”

The T&A said the switch had been made “along with a number of other news titles” and HTFP has approached the paper’s owner Newsquest to ask whether any of its other titles will be implementing the model, but has not yet received a response. 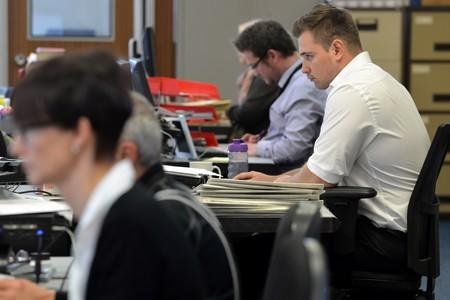 The paper has now explained the move, which took place in April, in an article responding to readers’ “most frequently asked questions.”

Anyone who wishes to read more than 20 articles has the option of a 21-day free trial to a ‘Premium’ package, providing them with “unlimited and advert-light access”, which costs £4.99 per month after the free trial unless the subscription is cancelled.

Some stories, including major breaking news stories and some court reports remain free to all users and not count towards the article limit.

In a section headed ‘Why is a paywall necessary?’, the T&A wrote: “In the past, the cover price of a newspaper helped pay for the journalists who wrote the news and features inside. Advertising also contributed to the bottom line.

“It is no secret that in the last few years every newspaper has experienced a decline in advertising revenue, yet the cost of our journalism remains the same.

“The subscription model will help pay for the quality journalism that provides unrivalled coverage of Bradford and the surrounding district. No other news organisation comes close to the depth of coverage of the T&A.

“We are the only news site with reporters in court and council every day. We cover all the breaking news in the district and write about the people and personalities that make Bradford the great city it is.”

The explainer has been published following a spate of moves towards paywall models within the industry in recent weeks.

Last month the Newbury Weekly News introduced a non-subscription paywall for readers wishing to access premium articles – a system which has since been brought in on a trial basis by seven Iliffe newspapers in the East of England.

August also saw subscription-based sports website The Athletic go live in the UK after poaching a dozen regional journalists ahead of its launch.

HTFP reported lat week how Mark Waldron, editor of Portsmouth daily The News, had thanked readers who had subscribed after a paywall trial was launched by its owner JPIMedia.