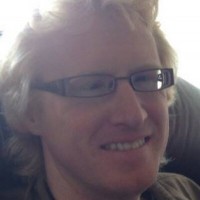 An editor has described his departure from a weekly newspaper series as “undignified and unpleasant” after being made redundant along with a sub-editor.

Simon Bull, left, has announced his departure from Newsquest after 10 months in charge at the News Shopper series, which covers parts of South London and Kent.

Newsquest has attributed the move to the “particularly challenging” free newspaper model in the capital.

Will Harrison, who edits titles including the South London Guardian series, has been appointed group editor for South London as a result of the change, and will add the News Shopper to his existing portfolio.

Announcing his departure in a post on his LinkedIn page, Simon wrote: “There I was happily being the proud editor of a newspaper I love when suddenly I’m hit out of nowhere by redundancy. This definitely wasn’t part of my plans.

“It’s been an undignified and unpleasant exit from Newsquest, but as upsetting as it’s all been, I’m determined not to let it beat me.

“Instead, I’m throwing myself into finding the next thing. I’m looking for a new home where I’ll be happy and where I can be the asset I’ve been everywhere else I’ve worked at – and I know that place is out there.

“Anyone who is looking for a very capable editor or web manager, or who has something else which could be suitable for my skills and experience, do please get in touch.”

A Newsquest spokesman said: “The free newspaper model in London is particularly challenging and we have had to take steps to change the way we work.

“Unfortunately, this has led to the loss of Simon’s role and a sub-editor role, and Will Harrison has been appointed group Editor for South London.

“Whilst the redundancies are regrettable, it means we can continue to invest in frontline reporters which are central to the continued success of our local news brands.”

Simon began his career on the Chichester Observer in 1995, and worked for Johnston Press in various Sussex-based roles including crime and courts reporter, features writer, sports editor and web editor.

He first worked for the News Shopper in 2003, serving as its website manager for seven years, before switch to work as group digital content editor at Archant’s London 24 website between 2010 and 2012.

He then returned to the News Shopper. serving as web editor before taking on his most recent post in July last year.