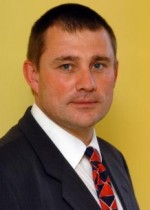 An editorial chief responsible for overseeing a regional daily and a series of sister weeklies – as well as writing a controversial pub column – has been put at risk of redundancy.

Andy Parkes, left, group managing editor of Newsquest South London and Sussex, was placed on gardening leave on Thursday amid an ongoing review of his role.

In his role, Andy had been responsible for overseeing Brighton daily The Argus, along with Newsquest’s weekly titles in South London.

He was also responsible for the PubSpy column run by The Argus, which topped Newsquest’s online charts in January after a piece reporting how the then-anonymous reviewer had been offered a “w*nk” by a patron in a Brighton pub.

Andy’s departure comes days after The Argus posted relatively good circulation figures for the second half of 2018, with its year-of-year sales decline of 6pc representing the second best performance of any UK regional and the best in mainland Britain.

On the day the figures were published, Andy posted a congratulatory tweet saying “Excellent result, well done everyone.”

Andy had been in the post since 2016 following the departure of previous Argus editor, and Newsquest Sussex group editor, Mike Gilson.

Lucy Pearce briefly took on the role of editor/head of content at The Argus at the same time, but she was replaced by Arron Hendy early in 2017.

Tony has since been replaced as the regional MD by Mike Harper, managing director of Newsquest Essex and North London.

Andy began his career as a reporter on his local newspaper the Redditch Advertiser, later moving to work for the Daily Record in Glasgow.

He subsequently returned to England, working for a variety of different newspaper companies including Northcliffe and Trinity Mirror, both now part of Reach plc.

In 1998, Andy became editor at the News Shopper, in South-East London, and was promoted to Newsquest South London group editor eight years later.