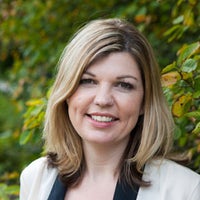 Facebook and the NCTJ have been accused of ‘snubbing’ hyperlocal publishers by restricting their new Community News Project to five big newspaper groups.

As reported on Monday, the social media giant and the leading UK journalism training body are to partner with five publishers to fund 80 new journalists in towns which no longer have their own newspapers.

But the move has been strongly criticised by the Independent Community News Network, which represents the hyperlocal publishing sector, on the grounds that no small publishers have been invited to take part.

The ICNN has contrasted this week’s announcement with the BBC Local News Partnership, which saw 15 hyperlocal publishers apply for the chance to employ one of the new Local Democracy Reporters.

Although most of the contracts ultimately went to the big publishers, there were exceptions, such as Stonebow Media, which won the contract to cover Lincoln, and the Hackney Citizen in East London.

The ICNN’s communications and project officer, Matt Abbott, has set out the organisations objections in a piece on its website entitled ‘What is a Community News Project without community journalists?‘

He said ICNN director Emma Meese, pictured, has asked Facebook’s head of news partnerships Nick Wrenn why reputable independent community news publishers were being snubbed with the rollout of this project.

Wrote Matt: “Facebook’s commitment to local journalism is laudable. Investing £4.5m to fund the creation of 80 new community journalists should be great news for the community news sector. It’s a global first for the social network.

“But the announcement has left many of us who work in this sector confounded.  How can such a large investment in community news completely ignore the vibrant community journalism sector and instead be given directly to regional publishers?

“How is it that the very journalists who truly serve their communities, who produce high quality, relevant, truly local and community-focused news, and who do so on a shoestring, be disregarded?

“This is a prime example of why the Independent Community News Network, ICNN, was founded. To not only challenge decisions like this but also to educate and inform of the many benefits of engaging with the quality and reputable independent community news journalists we represent.”

Director of the Centre for Journalism at Cardiff University, Prof Richard Sambrook, added: “Not all these local newspaper groups have managed their businesses well and there is a legitimate question about how much third-party subsidy they deserve.

“Also, there is a thriving sector in community news and hyperlocal support where Facebook could have a huge impact – it’s a shame they have been overlooked.”

The Society of Editors has also called for the project to be expanded to smaller publishers once the two-year pilot has been completed.

Executive director Ian Murray said: “The announcement by Facebook that it is to support the recruitment and training of some 80 journalists to cover truly local news through a partnership with the National Council for the Training of Journalists (NCTJ), often where such services have been lost, is very welcome indeed,” commented the Society’s executive director Ian Murray.

“It shows a commitment by the digital giant to grassroots journalism, and also just as importantly to supporting high standards of editorial training.

“When seen alongside the BBC-funded Local Democracy Partnership where some 150 journalists are being supported in the regional press to cover local councils and authorities, there is now a pattern set of how grassroots journalism can be supported where traditional revenue models are struggling.

Added Ian: “If similar funding could be sourced for other important areas of local reporting which have fallen by the wayside, such as attending magistrates and crown courts, then we could truly have a roadmap for underpinning the vital role that grassroots journalism plays in communities.”

“I would hope that if the two-year pilot proves a success and continues that the initiative can expand to include small independent publishers or even start-ups in areas where there is no longer any local paper.”

A spokeswoman for the NCTJ said: “For the pilot community news project, terms have been agreed with a small number of partners to test the model and implement the scheme quickly.

“We are noting interest from other parties for future initiatives, including smaller independent publishers and hyperlocals, which the NCTJ is very keen to support in a similar way if possible.”