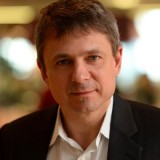 Facebook has defended the decision to limit involvement in its new community news partnership pilot project to five big publishers, saying it wanted the journalists involved to work in “medium-sized newsrooms.”

The social media giant is partnering with the National Council for the Training of Journalists and five regional publishing groups to fund 80 new journalists who will serve currently under-reported communities.

Further details about the pilot scheme have been revealed at the NCTJ’s Journalism Skills conference which is being held at Harlow College.

In a question and answer session about the project at the conference, NCTJ chief executive Joanne Butcher and Facebook head of news partnerships Nick Wrenn said recruitment for the scheme would start early in 2019 and be “staggered” over the next few months.

The goal of project is to encourage more reporting from areas of the UK which are currently underserved, such as towns which have lost their local newspaper and beat reporters.

The project has previously been criticised by the Independent Community News Network, which represents the hyperlocal publishing sector, on the grounds that no small publishers have been invited to take part.

After a question on why hyperlocal publishers had not been approached about the project, Nick said: “This is a pilot project. Working with the publishers enabled us to get going more easily.

“The key part of this is we want the journalists to be part of medium-sized newsrooms, rather than on their own. ”

He added: “We’re talking to organisations not part of this pilot at the moment.”

During the session, Joanne and Nick were also quizzed on how the roles would be divided both geographically and among the five companies involved.

Nick, pictured, told delegates at the conference: “They’ll be split across the groups, but it may not be a 20 per cent each share.”

He added: “The publishers have identified across the country communities which don’t have a level of reporting or dedicated press coverage that they used to have.

“We’re still figuring out the last things and what those towns are. It’s up to the publishers to find the best people for the job.”

The pair were also asked about whether it could be guaranteed that the new roles would not be used to “repurpose” existing newsroom posts.

Joanne said they had been “mindful” of this, adding: “That will have to be evidenced [by the publishers].”

Trainees without the NCTJ Diploma in Journalism will receive training to achieve the qualification, while those who have passed the diploma will work towards a new National Qualification in Journalism for community journalists.

The project also aims to help improve the diversity of newsrooms, an issue which was highlighted in the NCTJ’s recent Journalists at Work 2018 report.

Journalists will be recruited from a range of backgrounds, with the aim of helping make newsrooms more diverse and inclusive.