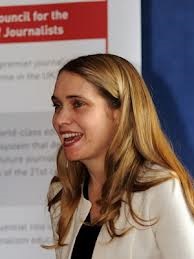 The Barnsley Chronicle, Baylis Media, the KM Group and the Newbury Weekly News have now been confirmed as participants in the project, which will see around 80 community journalists recruited across the country.

When the scheme was launched in November, Reach, Newsquest, JPIMedia, Archant and Midland News Association were announced as the groups which would be employing the journalists using funding from Facebook.

The move was criticised at the time by hyperlocal trade body the Independent Community News Network on the grounds that no small publishers had been invited to take part.

Facebook defended the initial decision, saying it wanted the journalists involved to work in “medium-sized newsrooms”, but the inclusion of the new partners comes after they submitted “very strong proposals” to Facebook and the National Council for the Training of Journalists, which is overseeing and administering the project.

The project was formally launched at a conference in Leicester organised by the Behind Local News website.

Speaking at the conference, NCTJ chief executive Joanne Butcher, pictured, said: “We are thrilled to be working with a great mix of publishing partners to recruit, train and qualify a new breed of community reporters.

“As so many publishers are interested in the project and want to play a part, the publisher partners and the NCTJ decided to open the pilot to additional independent publishers. We all believe that working together will be good for the industry and for the success of this exciting project.”

The scheme is being funded by a £4.5m charitable donation from Facebook, and the recruitment process began earlier this month.

David Higgerson, chief audience officer at Reach, who was involved with the NCTJ in the selection, said: “The additional publishers we’ve signed up for the project submitted very strong proposals and fully understand the objectives and criteria we set.

“This project is about innovating and supporting communities as well as getting a mix of diverse voices into our newsrooms.

“I’m pleased we have such a stellar line-up of publishers to make these ambitions a reality.”