A Sunday journalist whose investigation revealed more than 400 orphans were buried in a mass grave has been nominated for a prestigious award for campaigning and investigative journalism.

Gordon Blackstock, of the Dundee-based Sunday Post, has been shortlisted for the Private Eye Paul Foot Award for his story about Smyllum Park Orphanage, in Lanark.

In an investigation jointly run with the BBC, Gordon and Janet Bishop, a professional genealogist who is a consultant on the BBC show Who Do You Think You Are?, read through 15,000 documents, dating from between 1864 and 1981, after the Daughters of Charity, which ran the orphanage, refused to provide their own records.

By the third week of the newspaper’s coverage, the religious order had promised to build a memorial for the children in St Mary’s cemetery that would finally name all those who had died, while the Post’s evidence was submitted to the Scottish Child Abuse Inquiry. 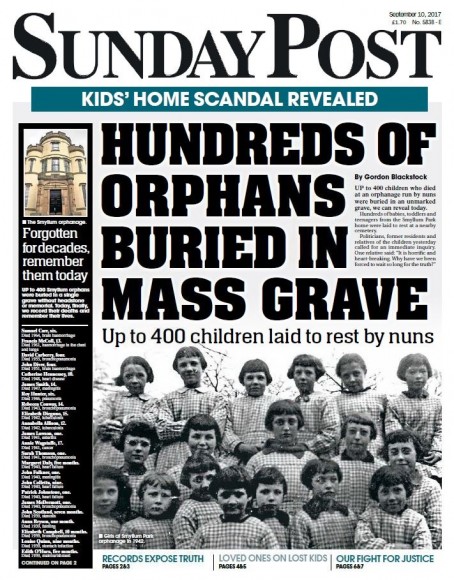 Gordon’s nomination comes after he won the Journalist of the Year, Reporter of the Year and Scoop of the Year prizes at April’s Scottish Press Awards.

He told HTFP: “It’s a real honour and privilege to be shortlisted for this award, especially when you consider the calibre of the others on the shortlist. It took a lot of hard work and plenty of hours to bring the Smyllum Park orphanage issue into the light.

“Ultimately, I hope our story gives those whose relatives died at Smyllum Park what they have always wanted – the deaths to be acknowledged by the organisation who was meant to be looking after them.”

Last year’s Paul Foot Award was won by Emma Youle, who works for Archant’s investigations unit, for her investigation into the extent of homelessness in the London Borough of Hackney.

Padraig Reidy, chair of judges for the Private Eye Paul Foot Award, said: “In a relentless torrent of breaking news, it’s a privilege to read work by journalists who have taken time and care to uncover stories that make a difference.”

The winning entry for 2018 will be awarded £5,000 at an evening awards ceremony to be held on Tuesday 19 June at BAFTA, London.

Private Eye editor Ian Hislop added: “I promise that this is one vote that won’t be influenced by the Russians.

“It’s a brilliant shortlist taken from an inspiring long-list and I don’t envy the judges.”

Madison Marriage, Financial Times
Men only: inside the charity fundraiser where hostesses were put on show