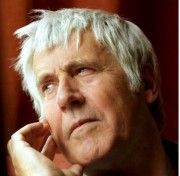 A Guardian journalist’s coverage of the Windrush scandal has been named as the winner of this year’s Private Eye Paul Foot Award, with a regional Sunday reporter among the runners-up.

The Sunday Post’s Gordon Blackstock had been nominated for the top investigative and campaigning journalism prize for his revelations about hundreds of children being buried in a mass grave at an orphanage in Lanark.

However Gordon lost out to ultimate winner Amelia Gentleman for her campaign on long-term UK residents who had been classed as illegal immigrants.

Amelia’s investigation centred on the tightening immigration regulations and the consequences for a group of elderly Commonwealth-born citizens who were told they were illegal immigrants, despite having lived in the UK for around 50 years – but with no formal paperwork to prove it.

The scandal eventually led to the resignation of the Home Secretary, Amber Rudd.

Private Eye editor Ian Hislip said: “Congratulations to Amelia Gentleman for a campaign that was revelatory, important and amazingly effective. This was the Windrush Scandal – where a cabinet minister was thrown overboard and the ship of state nearly sank.”

Chair of judges Padraig Reidy added: “It was difficult to pick a winner out of so many extremely high-quality entries for this year’s award

“The judges were impressed by the tenacity of Amelia Gentleman’s work, her determination to tell the stories of the victims of the government’s ‘hostile environment’ policy, and the enormous impact her work had, proving that good reporting really can make a difference.”

Gordon had been nominated for his story about Smyllum Park Orphanage, where more than 400 children were buried in a mass grave.

The expose has already earned him the Journalist of the Year, Reporter of the Year and Scoop of the Year prizes at April’s Scottish Press Awards.

Other shortlisted contenders for the award included Carole Cadwalladr’s Observer investigation into Cambridge Analytical and Sean O’Neill of The Times for lifting the lid on the Oxfam sex scandal cover-up.

The award was set up in memory of Paul Foot, pictured, after his death in 2004, to honour the UK’s most brilliant, talented and determined journalists working in the fields of investigative and campaigning journalism today.