Editorial chief: ‘Football journalists can still be credible without going to matches’ 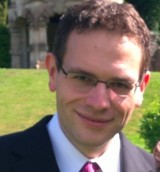 A regional publishing director says sports journalists can still be “credible sources of information” about football clubs without attending matches.

David Higgerson, digital editorial strategy director at Reach plc, has waded into a debate about his company’s football coverage, which was prompted by a fanzine article written by former Birmingham Mail and Coventry Telegraph news editor Jim Levack criticising a lack of local media presence at Brentford FC games.

HTFP’s regular blogger Steve Dyson has since had his say, claiming it is “indefensible” for publishers claiming to cover big local clubs to not send reporters to home matches.

In a response to Steve and Jim on his personal blog, David said he could see where Jim’s “frustrations come from, even if his analysis of digital journalism is somewhat off the mark”, adding he was “not advocating that anyone would choose not to be at a game week in, week out”.

David, pictured, wrote: “Where I disagree with Steve is that being in the press box week in, week out is the only way to be a credible source of information about a club. Plenty of national journalists have proven time and again that they don’t need to be in the press box on a Saturday to break big stories, and plenty of digital only sites too.

“I also work with a lot of football journalists who don’t go to the game every week, but do go regularly. This is because some of the football desks I work with have more football journalists than they have had for a number of years, and it’s simply impractical to expect to send everyone (and also not what fans want, based on audience data).

“I also know journalists who break brilliant club news – as opposed to team news – by being fans of clubs, or building contacts up in the same way you might if you were a crime reporter. Good stories and contacts come from many locations. And I also know plenty of football journalists whose integrity is regularly attacked by football fans on fan forums despite being at games week in, week out.

“Given the choice, you’d always put someone in the press box, but sometimes business realities prevent the ideal choice from being what happens. When the business reality is directly linked to audience volume – and by extension, appreciation – of what you do, that’s something journalism can’t afford to ignore.”

David went on to quote Reach head of digital sport Jon Birchall, who posted on Twitter that the company’s journalists had been present at 20 of the 22 matches in England’s top two divisions at the weekend, as well as seven third tier and eight fourth tier fixtures.

“Hand-wringing about losing credibility because we’re not doing things the way we always have done might be cathartic, but it doesn’t change the realities: for any local journalism to survive, it needs to be sustainable. It doesn’t matter if you’re a plc, or an independent family company: If you can’t cover your costs, journalism suffers, as fans of Oldham Athletic would surely tell you following the collapse of their daily paper last year.

“My conclusion is that local journalism’s challenge is simple: How do we make sure enough people read what we do to continue to be able to do it the way we think is best? As widely noted on Twitter, for some institutions, we’re maybe too late.

“That’s the discussion which needs to be had, and we should probably thank Steve Dyson for finessing a debate along those lines. I may not agree with his view that credibility only becomes possible if you’re in the press box, based on what I see and hear, but nobody would deny being familiar in the press box is an essential part of covering sport credibly. But even essentials need to be paid for. And as journalists, we need to play our part in making that happen in a way we are happy with.”