A regional publisher has defended its coverage of a leading Championship football club despite a former daily news editor’s claims there was no local media presence at the team’s opening game of the season.

Jim Levack, formerly of the Birmingham Mail and Coventry Telegraph, has attacked Reach plc in an article for Beesotted, a fanzine for supporters of Brentford FC.

In his piece, Jim claimed there had been no local media representation at Brentford’s Griffin Park stadium, pictured, on Saturday for the first time in the club’s professional league existence.

But Reach has hit back at Jim’s claims, saying it is now bringing its coverage of the club to “a bigger audience than ever before”. 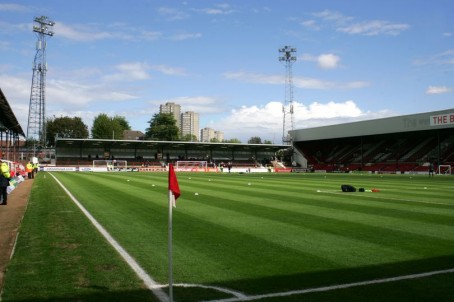 Brentford defeated Rotherham United 5-1 to put them top of the Championship, English football’s second division, after the opening round of matches.

In his piece, Jim wrote: “It’s a damning indictment of the lack of investment in local and regional media, but also a tragedy for the club and its fans at a time when the side’s potential has never been greater.”

“Fair enough, the need to fill column inches in print probably isn’t as great these days with online presence far more important, but to not send a reporter to the game is a disgrace. Trinity Mirror, owners of the [Hounslow] Chronicle for which I was proud to work for almost two decades, have pulled the plug on anything worthwhile journalistically… and it breaks my heart.

“Their sole contribution to covering the Rotherham curtain raiser was a live Twitter stream which they presumably took from the excellent ifollow coverage. If supporters unable to make the game want that, the club and Beesotted do it already.

Jim, who was news editor at the Telegraph from 1993 to 2000 before spending eight years in the same role at the Mail, went on to contrast current local media coverage with the days of former Hounslow Chronicle editor George Sands, who attended a total of 1,126 uninterrupted Brentford games between December 1953 and May 1976.

He added: “I’m a great believer in accountability and genuinely feel that had there been a strong local media presence in Kensington, the views of the families living in Grenfell Tower whose pleas for help fell on deaf ears would have been picked up and taken higher. Football clearly isn’t as important as life and death despite what [legendary Liverpool FC manager Bill] Shankly once said, but it’s a terrible shame that the once vital local reporter no longer exists at Griffin Park.

“We are lucky that a decent number of the national media or agency staff who come along week in, week out have a soft spot for the club and do a great, professional job.

“But there’s just no substitute for that ‘under the skin’ passion and knowledge that a local reporter like George Sands can have. The best we can hope for is that Brentford reach the Premier League. Then I’m sure the local media will be all over us again.”

Reach has countered that it provided four separate pieces of coverage on the match via its capital-wide football news website Football.London.

A spokesman said: “The opinions shared in the article are simply not supported by the facts. Brentford’s opening match against Rotherham was covered comprehensively with four separate pieces of coverage – a full transcript of the managers press conference ahead of the game, a live blog during the match, a write-up of the match highlights, and an analysis of player ratings.

“Brentford FC has its own dedicated section on our Football.London site – a site that’s growing exponentially and is 3rd only to the MEN and Liverpool Echo for the size of its football audience. We are bringing coverage of Brentford FC to a bigger audience than ever before.”

HTFP has asked for further clarification on whether a reporter was physically present at Griffin Park but Reach has yet to respond.