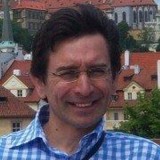 A long-serving editor in charge of several weekly newspapers has taken early retirement after 30 years with a regional publisher.

Johnston Press has confirmed the departure of Ed Asquith, editor and editorial director of the Scarborough News, Whitby Gazette and Bridlington Free Press, as well as a number of other titles in North and East Yorkshire.

Prior to their closures in 2016, Ed also edited the Beverley Guardian and Driffield Times & Post.

James Mitchinson, editorial director for Johnston Press in Yorkshire, said: “We regret to announce that Ed Asquith, editor and editorial director of The Scarborough News, Whitby Gazette, Bridlington Free Press and other titles is to take early retirement.

“His distinguished service over a lengthy career with Johnston Press has seen him win many awards and he leaves with our grateful thanks and very best wishes for the future.

“Jean MacQuarrie, group weeklies editor for Johnston Press Yorkshire will assume responsibility for the titles previously edited by Ed with effect from today.”

Ed, pictured, began his career as a trainee reporter at the Droylsden office of the Ashton Reporter Group, covering the same East Manchester patch where the legendary Harold Evans began his career.

He later worked as a sub-editor at both the Birmingham Mail and South Wales Echo, as well as a reporter at the Coventry Telegraph, and spent time in the national press on The Observer.

After initially joining the Scarborough News as deputy editor in 1988, he took on the editorship of the Whitby Gazette and later the Wakefield Express before returning to the Yorkshire coast as editor in 2003.

In 2009 he led a six-month campaign, with the help of then-Society of Editors’ president Bob Satchwell and former Bradford Telegraph & Argus editor Perry Austin-Clarke, to gain free court lists for every local newspaper in the country.

HM Courts Service had planned to charge for lists, but Ed’s campaign led to him receiving a letter from then-Justice Secretary Jack Straw confirming the plans had been shelved.

He also oversaw the conversion of the News from a daily to a weekly in 2012.

Both the News and the Gazette have been nominated for the weekly newspaper of the year award at the forthcoming O2 Media Awards for Yorkshire.

In the case of the News it is the fifth time in a row the newspaper has been shortlisted.