Journalists take plea to save daily’s website to company chairman 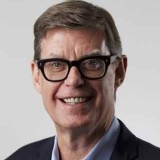 Journalists have taken their plea to save a daily newspaper website from being merged with one named after a different county to the chairman of the company.

The Derby & Burton branch of the National Union of Journalists has written to Trinity Mirror chairman David Grigson, pictured, urging him to scrap plans to merge the Burton Mail website with the Derby Telegraph’s under the brand Derbyshire Live.

TM says the change will give journalism in Burton the “best possible chance of being found by a larger audience”.

But the open letter from NUJ Derby & Burton branch secretary Steve Bond warns the move is a “hasty decision that has not been thought through properly, if at all, and will alienate local people.”

The letter states: “Although Burton is close to Derbyshire and there are good transport and communication links which allow easy movement for workers and shoppers it does have its own separate identity.

“Derbyshire is in the East Midlands, but Burton being in Staffordshire is part of the West Midlands. It has its own MP and is represented by West Midlands MEPs.

“Burton is the leading town in East Staffordshire Borough (population 117,000) whose council provides some services, while important issues such as education, libraries, social services, transport and public protection are provided by Staffordshire County Council from its headquarters at the county town.

The letter goes on to list other “important aspects of everyday life” based in Burton or Staffordshire, rather than Derbyshire – including courts and the probation service, military units and organisations, churches, commercial organisations, youth groups and voluntary groups.

It adds: “Staff on the Burton Mail work hard to cover their patch, which provides a wealthy mix of stories for the Burton Mail, newspaper of the year in the Midlands Media Awards, and other local media, separately from Derbyshire.

“This broad spectrum of local news cannot and should not be squeezed into a small section on a website devoted to a neighbouring county with its own interests and news stories.

“The journalists are professional, know the area and have good contacts. They would serve a Burton website well just as they always have.

“If you genuinely care about your readers, website users, advertisers/customers then we would urge you to have a serious and urgent re-think on this doomed proposal which will cause offence to many people and community organisations in East Staffordshire, leaving them feeling isolated and rejected by Trinity Mirror.

“Please reverse this decision before it is too late and keep Burton as a separate website.”

The Derbyshire Live proposal is part of a major revamp on TM’s digital presence which will see several other regional dailies adopt the ‘Live’ branding online – with a total of 49 redundancies expected across the Midlands, the South-West of England and in Liverpool as a result of the plans

A Trinity Mirror spokesman previously said: “Our experience with the switch to the ‘Live’ brand in Birmingham and elsewhere,is that it is helping us to increase reader engagement, and we are now reaching more local people per day than at any time since the 1970s.

“We also know, as evidenced by recent activity in the industry, that brands are more likely to be successful when they are part of digital platforms with large audiences.

“The move to put the Burton content into the new Derbyshire Live brand will ensure we give local journalism about Burton the best possible chance of being found by a larger audience, thus helping to protect it for the future.”