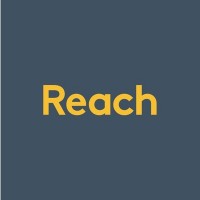 The Competition and Markets Authority had launched a preliminary investigation into the deal on media plurality grounds before issuing a report to Mr Hancock at the end of last month.

On the basis of this report, Mr Hancock has now decided no further investigation by the CMA is needed.

Since the merger betweeen TM and Northern & Shell, the combined company has rebranded itself as Reach plc.

Chief executive Simon Fox commented: “We welcome today’s decision by the Secretary of State. Today we are two successful separate news organisations, but together we will be stronger and better able to compete and adapt to the challenging conditions in which we operate.”

Although Mr Fox has previously admitted that the merger would lead to some job cuts to remove “duplication” – such as only sending one reporter to cover football matches – he has insisted that the political teams of each newspaper in the enlarged group would not be “mixing in any way.”