The government is to intervene in the £126m deal which saw newspaper publisher Trinity Mirror purchase the Daily Express and Daily Star.

Culture Secretary Matt Hancock has confirmed he has asked media watchdog Ofcom to look into the deal on the grounds of “public interest”.

Mr Hancock said there were two grounds for the move – the “free expression of opinion” and the need for a “sufficient plurality of views in newspapers”.

Ofcom must now report back to both him and the Competition and Markets Authority by the end of the month. 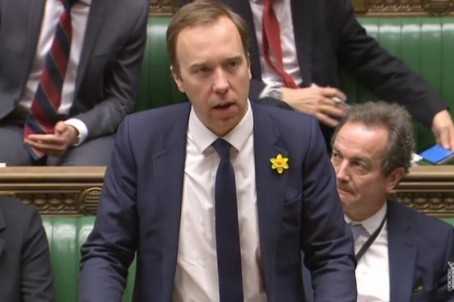 In a written statement, Mr Hancock said: “On 23 April I confirmed that I had written to Trinity Mirror plc and Northern & Shell Media Group Limited to inform them that I was minded to issue a Public Interest Intervention Notice (PIIN) on the basis that I had concerns that there may be two public interest considerations – as set out in the Enterprise Act 2002 – relevant to consideration of the merger.

“I invited written representations from the parties by 26 April and, having considered these, I have written to the parties today confirming my decision to issue a Public Interest Intervention Notice (PIIN) on both grounds.

“This PIIN triggers action for Ofcom to report to me on the media public interest considerations and the CMA on jurisdiction and any competition issues, respectively, by the 31 May 2018. I will then consider whether or not to refer the merger for a more detailed investigation, or whether to accept undertakings-in-lieu of such a reference.

“The role of the Secretary of State, in this process, is quasi-judicial and procedures are in place to ensure that I act independently and follow a process which is scrupulously fair and impartial.”

Commenting on the move, Trinity Mirror chief executive Simon Fox said: “We were aware this was possible following our acquisition of the Northern & Shell publishing assets. We continue to believe there are no plurality or competition issues.”