A former regional daily newspaper office which once housed 200 staff has closed, with its journalists now understood to be working from home.

The Reach plc-owned title, which went from daily to weekly in 2011, had been based at the purpose-built offices since the 1980s.

Reach has ignored repeated requests from HTFP to clarify where Herald Express journalists will now be based, but it is understood they have been told they will work from home. 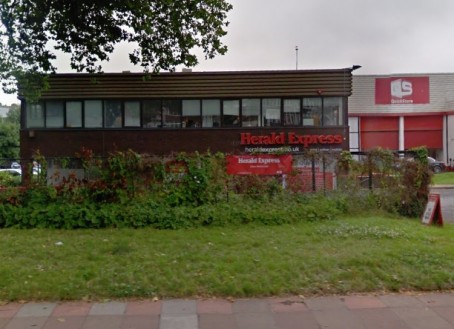 Wednesday’s party was organised by former staff after they set up a private Facebook page for the event entitled Goodbye Herald Express Office.

Reach retains an office more than 20 miles away in Exeter, the home of sister title the Express & Echo and the Devon Live website, which also carries Torquay news.

The move comes just over two months after Reach announced an editorial restructure at its Devon and Cornwall operation, affecting the Herald Express.

As part of the move, editor Jim Parker stepped down after six years in charge for a new role as Reach plc’s associate editor for Devon.

Scott Harrison, who already edits Cornish weeklies The Cornishman, Cornish Guardian and the West Briton – added the Herald Express and three other Devon titles to his portfolio.