A single editor has taken responsibility for seven weeklies across two counties after a long-serving news chief landed a new role with a law firm.

Jim Parker has stepped down from day-to-day editing after 39 years at the Torquay Herald Express, the last six as editor.

Scott Harrison, who already edits Cornish weeklies The Cornishman, Cornish Guardian and the West Briton – will now add the four Devon titles to his portfolio.

Jim will now be taking on a new role as Reach plc’s associate editor for Devon, combining this with working as a business development manager for a local law firm.

His new responsibilitiees for Reach will focus on “external relationships and commercial/editorial campaigns and projects” as well as continuing to write a weekly column for the Herald Express. 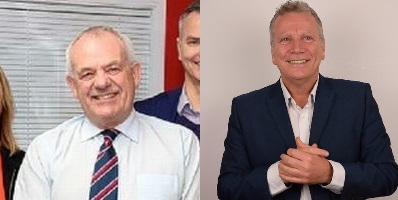 Jim is also taking on a new role outside of the regional press industry, having been appointed business development manager for Devon law firm Wollen Michelmore.

He said:  “I never thought I would be taking on a new challenge at my ‘tender’ age.  But it is fantastic to be able to work with Wollen Michelmore and the likes of [chief executive] Chris Hart and [practice director] Clive Meredith, who I have got to know really well over the years, and still maintain a close working relationship with the papers, especially the Herald Express which is in my blood.”

Jim took on the Journal, Gazette and Express & Echo last year in a restructure which saw Patrick Phelvin, formerly editor in Exeter, focus solely on the company’s Devon Live website.

Patrick has recently left the business for a police PR role and has been replaced by Richard Booth.

Bill Martin, Reach plc’s editor-in-chief for Devon and Cornwall, said: “Jim has always been a fantastic advocate for our business and has years of experience and an inexhaustible list of contacts – particularly in South Devon.

“I’m delighted he is working closely with us as well as developing his portfolio with other business in the region.”