A former regional journalist has launched a newspaper in competition with his former employer in a reverse publishing venture.

Steve Sowden has produced the Ilminster Press, a free monthly title to serve the Somerset town, after setting up several news websites to serve different areas of the county since going freelance in 2013.

Steve, 48, has spent almost 30 years in journalism and previously worked for numerous different titles in Somerset – including Newsquest weekly the Chard & Ilminster News. 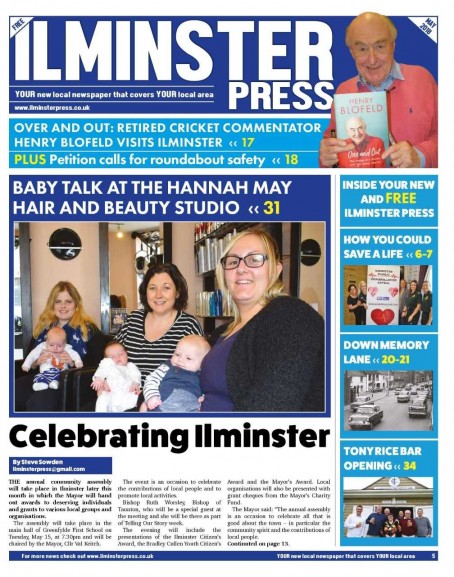 Said Steve: “It would appear on the face of it, or so we are constantly told, that the days for an actual local newspaper are dwindling with digital and social media spiralling out of control.

“But I truly do believe that there is still a place in the community for an actual newspaper and I am delighted and proud to produce my first publication in Ilminster.

“Local newspapers for local people with local news about their local area are the real essence of the newspaper industry and long shall that continue.

“I have had some wonderful support from businesses in and around Ilminster with advertising and I cannot thank them enough. Some of these have often said ‘no’ to doing any advertising online, but they were very enthusiastic when I said about advertising in an actual newspaper – perhaps that should tell the media industry experts something?”

Steve started out as a trainee reporter at the Bridgwater Mercury in 1989 and going on to work for the Burnham & Highbridge Weekly News, Yeovil Express, Chard & Ilminster News and Somerset County Gazette.

Since going freelance in 2013 he has set up four news-based websites entitled Yeovil Press, Bridgwater Press, Chard Press and Ilminster Press and has produced copy and photos for the Western Gazette, Wellington Weekly News and the now-defunct View From series.

The first edition of the Press features a piece on retired Test Match Special cricket commentator Henry Blofeld reminiscing about his life in the commentary box during a fundraising event for Ilminster Cricket Club, an article about community support for potentially life-saving public defibrillators in the town and a special feature of old photographs looking at the town from down the years.

It also includes an eight-page wrap for the forthcoming Ilminster Midsummer Experience weekend of community events and the Ilminster Literary Festival, which will include visits by award-winning author Fay Weldon and former TV war correspondent Martin Bell.

Steve produced the copy and also sold the advertising space with photographic support from Christine Jones and design and layout from James Healey, of JRH Media.