Regional editor hits out at ‘self-serving pigs’ in Downing Street

The editor of a historically Tory-supporting regional daily has expressed his hatred for the current Government – branding them “self-serving pigs” in the wake of the latest Downing Street party scandal.

Yorkshire Post chief James Mitchinson slammed Boris Johnson’s administration in a series of Twitter posts after ITV News exclusively revealed Number 10 staff were invited to a drinks party there during the height of the first coronavirus lockdown in May 2020.

James previously urged Mr Johnson to resign over the scandal last month, prior to the latest revelations being made public.

The Leeds-based Post, now part of JPIMedia but once owned by Yorkshire Conservative Newspapers, has also demanded the departure of other Tory ministers including Chris Grayling and Gavin Williamson in recent years. 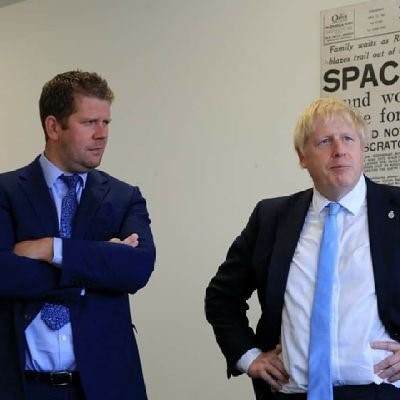 Posting on Twitter last night, James wrote: “Honestly. I ‘king hate this lot. Self serving pigs.  Not a care for the north. Not a care for anyone, in fact, but those at the trough.”

“About the same time, my lad’s birthday. Little table inside, their gran outside.

“By the bins, sticking to the rules. She even brought her own crockery. No hugs. No kisses. No contact. No garden party. 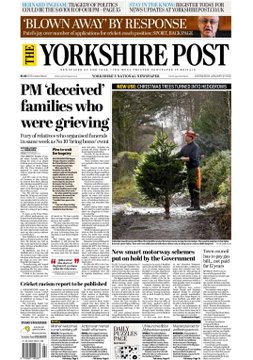 Iliffe Media editorial director has also criticised a lack of reaction to the latest story from Kent’s MPs for a piece run by the group’s Kent Online website.

Ian posted on Twitter: “We have one-and-a-bit responses so far, which is pretty dismal.

“We are strictly neutral politically, but when 16 of a county’s 17 MPs are from the same party it is our duty to provide a level of scrutiny.”

The email invitation to the 20 May, 2020 gathering was sent by the Prime Minister’s Principal Private Secretary Martin Reynolds to more than 100 members of Downing Street staff.

Invitees were invited to “bring your own booze” for “some socially distanced drinks” at a time when the rest of the country was banned from meeting more than one other person outdoors.