Regional press dismisses Johnson apology as ‘too little too late’

Regional dailies have this morning dismissed Boris Johnson’s apology over Downing Street lockdown parties as “too little too late”.

Several regional titles splashed today on the Number 10 “bring your own booze” scandal after the Prime Minister admitted he had attended the party on 20 May 2020.

The PM claimed in the Commons that he had believed the gathering, held during the height of coronavirus restrictions, was a “work event.”

But regional newspapers including the Northern Echo, pictured below, were unconvinced. 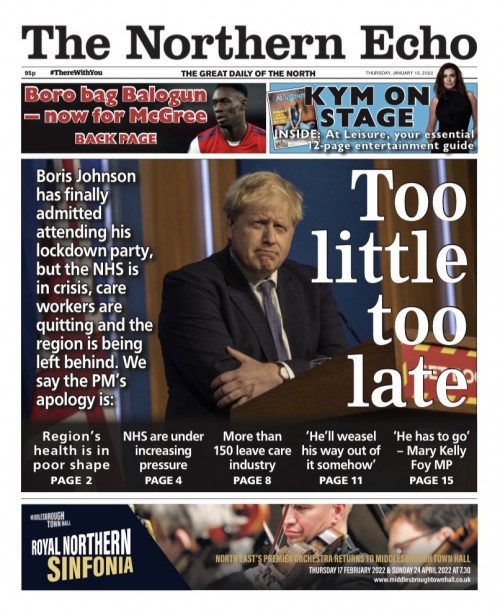 Echo editor Karl Holbrook told HTFP: “Our newslist yesterday – which included reports on towns in the North East being left behind, a crisis in the care sector, NHS pressures – made pretty grim reading.

“But our Prime Minister, rather than being focused on these issues, and others like them around the country, was mired in a scandal of his own making and many of our readers, frankly, don’t think that’s good enough.

“There have been too many scandals, too much ducking and diving.

“We want a government focused on fixing these issues, not fixing its own mess.”

The Echo’s sentiments were echoed by Portsmouth daily The News, which declared the apology “just won’t do”, while Plymouth daily The Herald’s headline’ said it wasn’t “good enough”.

The Herald added its readers had felt “hurt” and “anger” at Mr Johnson’s actions. 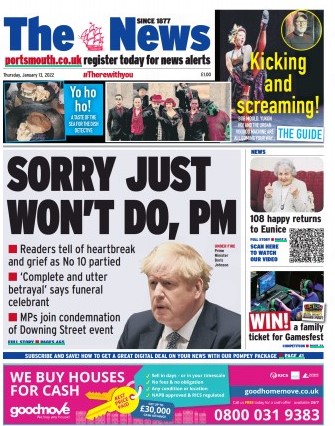 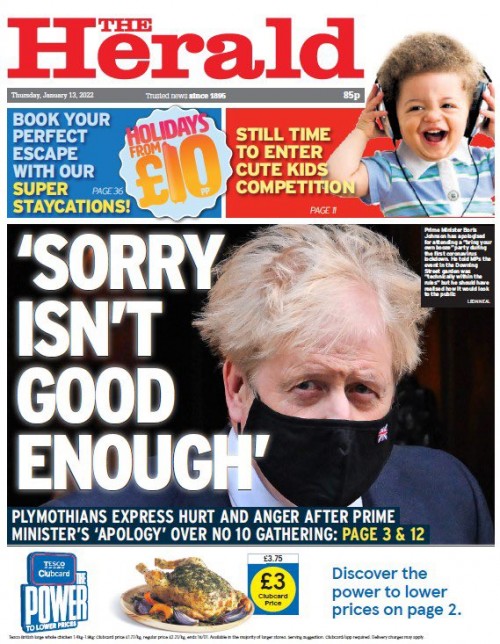 The Paisley Daily Express ran with a headline branding Mr Johnson “a clown and a liar” on its front cover today.

The PDE’s splash also featured a reminder of some of the sombre Covid-related front pages it published around the time of the party. 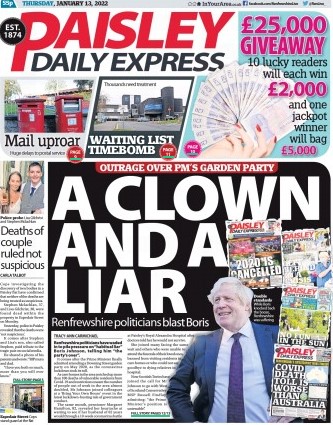 Express editor Gavin McInally said: “Boris Johnson’s apology was of national interest but through a local lens it gave our readers a vivid reminder of the hardship they endured as the beers were being passed around Downing Street.

“Renfrewshire had suffered a huge death toll by that stage, our care homes were in crisis and jobless stats were mounting up.

“But perhaps now, with hindsight, the most jarring of all our coronavirus coverage in that period was while the Number 10 garden party was being hosted to make the most of the good weather, our front page showed Paisley police officers dispersing sunbathers in a local park.”

Newcastle daily The Chronicle went with a local take on the scandal after chief reporter Hannah Graham interviewed widower David Killens, who was only able to wave to his wife Joy from a car park on their 36th wedding anniversary – the day of the party. 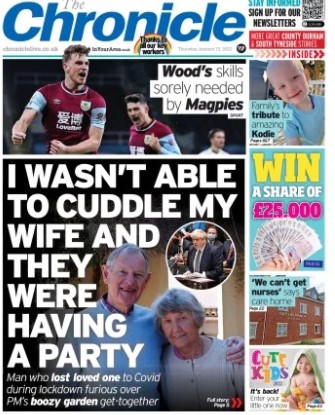 And The Chronicle’s Reach plc sister daily The Journal pictured Mr Johnson with a pint of beer and questioned whether he was now “drinking in the last-chance saloon”. 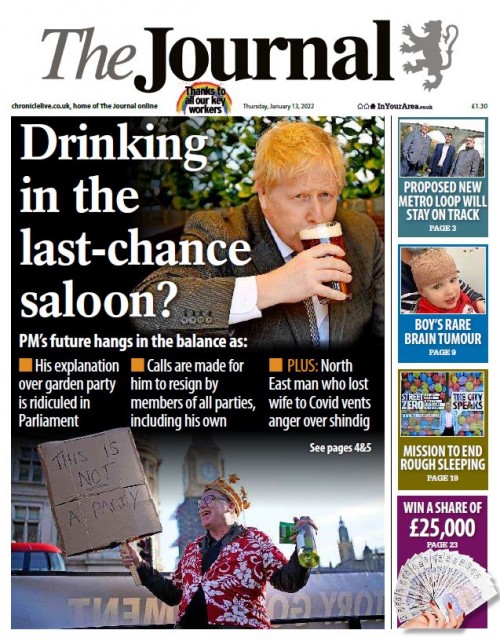 HTFP reported on Tuesday how James Mitchinson, editor of the historically Tory-supporting Yorkshire Post, had expressed his hatred for the current Government – branding them “self-serving pigs” in the wake of the scandal.