An editor has urged Boris Johnson to resign over the Downing Street party scandal as several regional dailies used their front pages to share readers’ reactions to the controversy.

Titles across the country chose to focus this morning on reader fury over the affair, rather than Mr Johnson’s announcement of new coronavirus restrictions.

But Yorkshire Post editor James Mitchinson went one step further in calling for the PM’s resignation, saying Mr Johnson should “step aside to save lives”.

The Leeds-based Post, historically a Tory-supporting title which was once owned by Yorkshire Conservative Newspapers, has demanded the departure of other Tory ministers including Chris Grayling and Gavin Williamson in recent years. 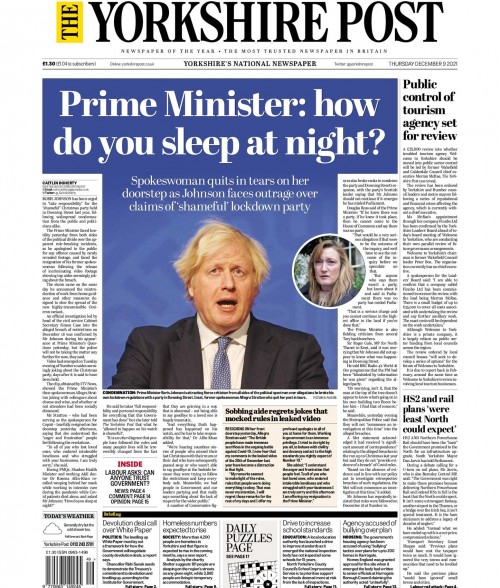 In an editorial, James relayed how he had lost his aunt to coronavirus last April, despite her being “relatively young and living a normal, active life”.

He wrote: “The Prime Minister’s credibility, his integrity – and that of his Government – has been eviscerated. When Geordie jokers Ant and Dec are cracking gags at your expense on national television, I am afraid any jokes your team dared to make are squarely on you.

“So we cannot take him seriously, nor those members of his party who, just a heartbeat ago, plunged the Government into a sleaze scandal as they attempted to move the goalposts on standards in public office in order to save the skin of one of their own, caught with his hands in the till.

“However, as my declaration of interest attests, even though we cannot take the Prime Minister seriously, we must take coronavirus seriously. We must protect ourselves from Omicron and any other subsequent mutations of this indiscriminate killer, because lives depend on it.

James went on:  “Mr Johnson and his partying chums are for reasons we now know, most unlikely masters. In essence, his presence in high office is now a very real danger to life by virtue of his own flaws.”

“Prime Minister, lives depend on whether or not people trust you enough to do as you say, despite now knowing that Downing Street does as it pleases. Given it appears you have lost the faith of the nation, will you now step aside in order to save lives? 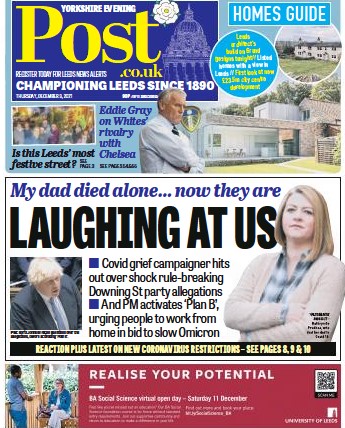 Other regional dailies to splash on the scandal today include Post’s JPIMedia sister dailies the Yorkshire Evening Post and Edinburgh Evening News, as well as Reach plc’s North-East sister dailies The Chronicle, the Journal and the Teesside Gazette.

The Reach titles’ audience and content director Helen Dalby posted on Twitter last night: “Just a hunch, but I think perhaps Number 10 had hoped the alleged party wouldn’t make page one of so many of [today’s newspaper’s] around the country following tonight’s announcement.

“But it has. Sorry not sorry, Boris Johnson, but people are absolutely furious and you need to listen.”

Mr Johnson has apologised over the footage, but told MPs he has been “repeatedly assured” no such gathering took place.

He further claimed was “furious” and revealed he had asked the Cabinet Secretary to investigate during Prime Minister’s Questions yesterday.

Below is a selection of today’s regional press front pages. 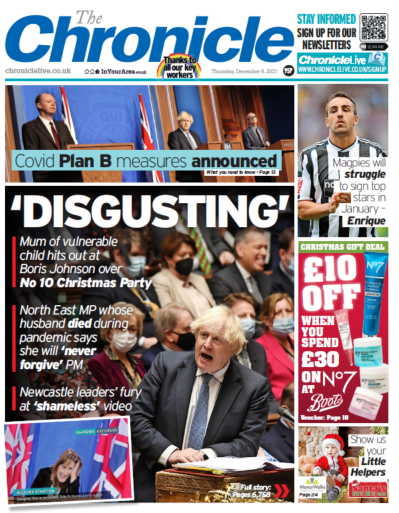 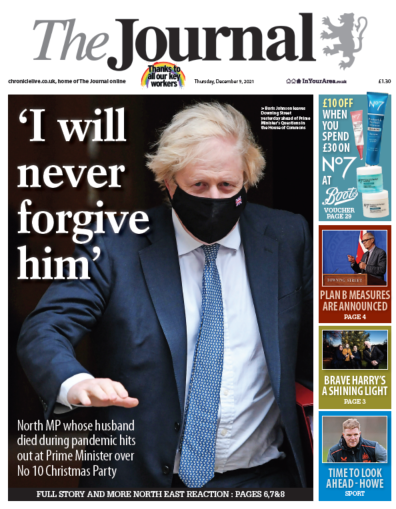 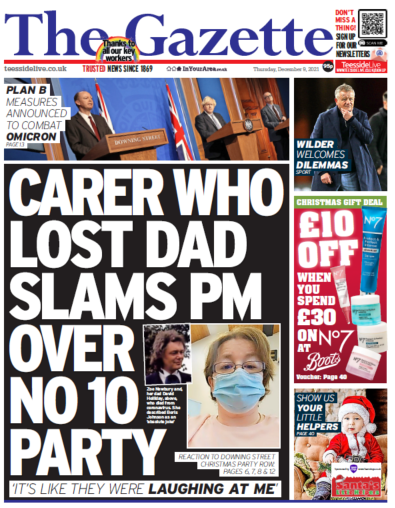 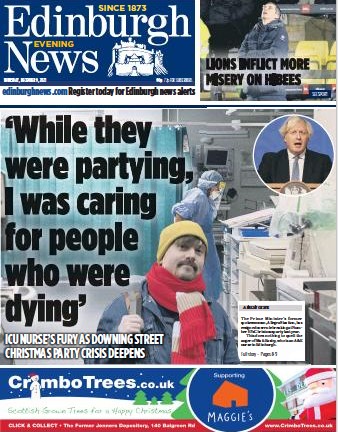