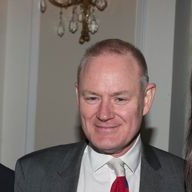 A regional publisher has appointed a new editor but remained tight-lipped on whether two other editorships in its stable will be replaced.

However, HTFP understands two other titles in Dalesman Publishing’s portfolio, The Countryman and Lakeland Walker, are currently without editors after the departures of Mark Whitley and John Manning respectively.

Mark had been with the business for more than 20 years, while John had run Lakeland Walker on a freelance basis. John had previously edited the company’s Cumbria magazine as a staffer before being made redundant from that role.

HTFP has sought clarification on whether Mick will also be responsible for Dalesman Publishing’s other titles following the departures of Mark and John.

Mick worked for many years at Newcastle-based ncjmedia, now part of Reach plc, most recently as print publishing editor on Newcastle daily The Chronicle.

He was instrumental in helping The Chronicle to win Regional Front Page of the Year at the Trinity Mirror Excellence Awards 2016.

In a statement in response to HTFP’s query about the vcant editorships, Dalesman managing director David Proud said: “I am delighted to announce to HTFP first, that Mick Smith will be joining the Company in April, as the new Dalesman Editor.

“Mick has a wealth of journalistic and editorial experience, including working with the Newcastle Chronicle. We wish Mick every success with his new appointment.”

HTFP has approached Dalesman Publishing for further comment on the departures of Mark and John and whether it plans to recruit to those roles.