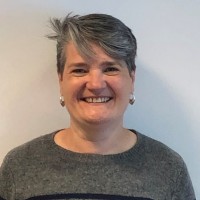 A former national newspaper journalist will take over the reins at a regional interest title.

Lorraine Connolly has been appointed editor of The Countryman, run by Skipton-based Dalesman Publishing.

Lorraine, pictured, will join Dalesman following the departure of predecessor Mark Whitley, who will leave the business after 19 years on 13 May.

She previously worked as a journalist for PA, as well as the Daily and Sunday Express newspapers, but has more recently worked for agricultural technology firm CHAP, looking at farming techniques and their impact on the countryside.

Said Lorraine: “I am delighted to be joining Dalesman Publishing as editor of The Countryman.

“I hope to build on the work of previous editors to celebrate our wildlife, our wild places and the people who live and work in the countryside.”

Mark added: “After more than seven years as Countryman editor, and nineteen years in total with its parent company Dalesman Publishing, it is time for change, and for me to move on to new challenges.”

“The June issue will be the last I oversee as editor, before I hand over stewardship of this wonderful magazine to Lorraine. I wish her every success in the next stage of The Countryman’s exciting journey.”

Lorraine’s is the second senior appointment to be made by the publisher in recent weeks after Mick Smith, formerly of Newcastle daily The Chronicle, was unveiled as the new editor of The Dalesman magazine.

The group is still without an editor for its Lakeland Walker title after John Manning stepped down from the role.