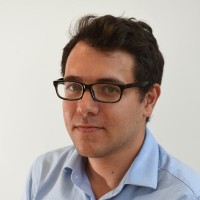 An editor has urged MPs to come clean on their views about so-called ‘Partygate’ after his newspaper revealed a former Prime Minister’s thoughts on the issue.

James Preston spoke out after the Maidenhead Advertiser obtained responses Theresa May had sent to people who had contacted her about the Downing Street parties scandal.

In her letters to constituents, the Maidenhead MP said there should be “full accountability” if there was found to be evidence of deliberate wrongdoing, adding “nobody is above the law”.

It was the first time Mrs May had commented publicy about the scandal engulfing her successor Boris Johnson and his government.

James, pictured, told HTFP: “We know that a number of our readers have been keen to hear Theresa May’s views on ‘Partygate’. Many have written to their MP to share their concerns, and we were pleased to bring her response to a wider audience.

“Given the anger and strength of feeling about the revelations, it is vital that MPs engage with constituents and make their positions clear.”

In her letters, Mrs May wrote: “It is vital that those who set the rules, follow the rules… This is important for ensuring the necessary degree of trust between the public and government.

“Like so many, I was angry to hear stories of those in No 10, who are responsible for setting the coronavirus rules, not properly following the rules.

Earlier this month, Paul Winspear, who edits the Bishop’s Stortford Independent, declined to carry Tory MP Julie Marson’s usual fortnightly column when she ignored his request to address the issue.

In the column’s place, the paper ran an editorial explaining why the Hertford and Stortford MP’s piece had not been run.