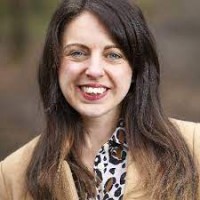 A weekly editor and several long-serving regional daily staffers are among a raft of journalists leaving a regional publisher under a new redundancy scheme.

Now Sheffield Telegraph editor Ellen Beardmore, left, has announced her departure after 15 years with JPIMedia and its forerunner Johnston Press.

And Chris Bond, features editor at the Leeds-based Post, has also revealed he is leaving the newspaper after 21 years.

HTFP has learned that these and other departures are taking place under a voluntary redundancy scheme being operated by JPIMedia across its Yorkshire titles.

However JPIMedia has declined to comment on the scheme or to provide further details on the number of journalists involved and which staff are eligible.

Ellen, who HTFP understands is not being replaced, was among a raft of new editors unveiled by JPI last year after owner National World vowed to decentralise the company and create more indvidual editors for individual titles.

But, posting on Twitter yesterday, she said it was now “time for a new chapter” in her career.

Ellen wrote: “Tomorrow is my last working for JPI Media after 15 years – starting as a teen trainee reporter and leaving as a less fresh faced editor.

“I’ve interviewed everyone from the PM to Mary Berry, stayed up all night for elections, had my bike nicked while covering Le Tour de France. It’s been a real rollercoaster but not one day has been boring.

“Not many people get the chance to work in their dream roles, but I’ve had several, and leading the historic Sheffield Telegraph this last year has been the best yet.

“After approximately 3,308 print deadlines, it is time for a new chapter, but thanks to every brilliant journalist, editor, designer, photographer and editorial assistant working their absolute socks off to produce local news.”

Chris also revealed his departure from JPI on the social media site. He wrote: “I’m leaving the Yorkshire Post after 21 years.

“It has been a privilege to write for such a great newspaper and an even greater honour to work alongside so many talented & dedicated individuals over the years. But now it’s time to start a new chapter. Thanks all.”

Gary Longbottom revealed his departure from the Post last week after 40 years’ service while Graeme Bandeira leaves after 23 years.