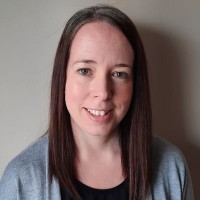 A weekly editor has become the fourth of a group of five appointed at the same time last year to leave a regional publisher.

Sam Jackson has announced her departure from the Worksop Guardian, which she has run since March 2021, following a 16-year career in journalism.

Sam, pictured, was one of five editors appointed to run individual titles in the North Midlands and South Yorkshire following National World’s takeover of JPIMedia.

At the time, the appointments signalled a return to individual editors running the papers in question for the first time in several years but four, including Sam, have since left their posts.

The others to have moved on are Ashley Booker, of the Mansfield Chad, Liam Hoden, of the Doncaster Free Press, and the Sheffield Telegraph’s Ellen Beardmore.

Louise Cooper, who took on the editorship of the Buxton Advertiser at the same time, is now the only one of the five to remain in post.

Both Ellen and Liam’s roles were made redundant in February with their teams being “reabsorbed” into that of sister daily the Sheffield Star.

Ashley left last summer to take up a new post with Nottinghamshire County Council’s communications team and was replaced as Chad editor by Jon Ball.

Sam began her career on the Aberdeen Press & Journal before she moved to become a senior reporter on the Guardian in 2010.

From 2014 onwards she was based in Sheffield, rising to become an education specialist and head of content at the Star before returning to take the top job at the Guardian.

Since 2017, Sam has also lectured part-time at Sheffield College on its NCTJ diploma course.

No announcement has yet been made about whether she will be replaced at the Guardian and if so by whom.

Posting on Twitter, Sam wrote: “My last Worksop Guardian as editor is almost all sent to print and my role in local newspapers is coming to an end.

“Thank you to all the wonderful colleagues I’ve worked with over my 16 years in the industry both at the Press & Journal and more recently the Guardian and Sheffield Star. A new challenge is awaiting me, but first a few weeks off with my family.”

HTFP has approached Sam and National World for further comment.