Editor hits back at Tory MP’s ‘activist, not journalist’ slur 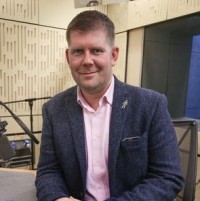 A regional daily editor has hit back after an MP accused him of being an “activist” rather than a journalist.

Mr Anderson had praised the Prime Minister yesterday afternoon as he prepared to visit Poland and Estonia today.

But the praise prompted criticism from James, who declared earlier this year that Mr Johnson is “no longer welcome” at the Post following the Downing Street Parties scandal.

Discussing Mr Johnson, James wrote: “He’s shown nothing but contempt for the people of his own country. Repeatedly. Those in other countries cannot trust him if we cannot.”

In reply, Mr Anderson said: “Would be great to see you acting as a journalist rather than an activist.”

In response to Mr Anderson’s remarks, James said: “A Tory MP has just labelled me an ‘activist’ because I reminded him of the Prime Minister’s lies.

“The deceit as people died alone. They died alone because the PM decided as much, whilst surrounding himself with drunken shenanigans. Clinging to truth isn’t ‘activism’ it’s decency.

James added: “I’ll be an activist until the day I die when it comes to liars and their lies, Stuart. I promise you.”

The spat comes after Tory peer Lord Moylan branded the Leeds-based Post a “Boris-hating organ” last month after it reported the UK Government’s ‘levelling-up’ agenda would not do enough to aid the economies of the North of England’s rural areas.