Council PR boss tells LDR he is ‘not a newspaper journalist’ 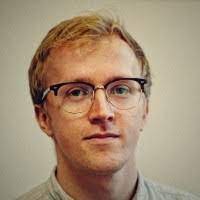 A council has refused to back down after its public relations boss openly challenged a local democracy reporter’s right to ask a question during a press conference, saying he was ‘not a newspaper journalist.’

Alex Seabrook, who works for the Bristol Post and Bristol Live under the BBC-funded scheme, had questioned Mayor of Bristol Marvin Rees on his decision to fly 9,000 miles to Canada to give a talk on climate change for non-profit organisation TED.

In response, Saskia Konynenburg, head of external comms at Bristol City Council, described a question of his as something “a journalist from a newspaper”, rather than an LDR, should ask.

Industry colleagues have rallied round Alex after a video of the exchange was posted on Twitter by citizen journalist Joanna Booth and then retweeted by Wales Online senior reporter Conor Gogarty, formerly chief reporter at the Post yesterday afternoon – but the council insists Ms Konyenburg’s was right to question the”specific nature and focus of the LDR role” during the exchange.

Ms Konyenburg said: “From my understanding, it would be to report and provide impartial coverage regarding the regular workings of local authorities and public sector bodies.

“Marvin was fully funded by TED to attend this conference, so I couldn’t quite understand what the role as an LDR would be in asking those questions.”

Alex, pictured, responded: “There are obviously questions with the huge amount of carbon emissions from flying so far, so I think it’s a legitimate question to ask.”

Ms Konyenburg the replied: “I think it is from probably a journalist from a newspaper etc, but I can’t quite see the link to LDR.”

The tweet from Conor sparked widespread support for Alex’s stance across the industry with more than 200 responses.

Matthew Barraclough, who is currently on a sabbatical from his role as head of Local News Partnerships at the BBC, said: “This tweet makes the case for the Local Democracy Reporting Service in a nutshell.

“Without LDRs working hard on behalf of local news media and their audiences, these ‘comms bosses’ can control the narrative.”

Serving LDRs have also defended Alex. Gurdip Thandi, who covers Walsall under the scheme, wrote: “A council’s head of comms doesn’t understand the role of a journalist who covers that very council?

“Also I pity all the freelance/news agency journalists out there who cover the Bristol area. Do they get any questions answered? I mean they’re not, you know, with a newspaper…”

Tony Earnshaw, who covers Kirklees, added: “My colleague Alex Seabrook comes out of this with dignity.

“Maybe this comms officer could understand a bit more about journalism and the LDR scheme before offering an opinion on a local democracy reporter asking a valid, intelligent and wholly reasonable question.”

And Kate Knowles, who works for the Birmingham Mail and the BBC as an LDR, said: “Being a politically impartial reporter does not mean never asking difficult questions.

“If you are in public office you should be ready to answer them.”

National journalists had their say on the incident too, with HuffPost UK deputy political editor Sophia Sleigh posting: “For goodness sake. Why does no one understand what journalists actually do anymore?

“We hold people in authority to account. You might not like our questions, but that’s irrelevant, we’re a crucial part of democracy. Especially when the taxpayer pays your wages.”

“Of course if he’d been a reporter on one of those council-funded papers it would have been fine – that’s if the question had been asked.”

A Bristol City Council spokesman told HTFP: “We welcome public discourse as part of a healthy local democracy and respect the vital role of local journalists within that.

“The mayor holds a regular press conference for news outlets in the city to provide for media scrutiny and transparency.

“Relationships with journalists involve two-way dialogue and we will sometimes ask questions ourselves. In this instance, the journalist’s question had already been answered by the mayor when an officer politely queried their remit, given the specific nature and focus of the LDR role, and the fact that the story had already been widely covered and responded to two weeks previously.

“The clip being shared online does not represent the full context of the exchange.”

Alex has himself declined to comment further on the incident.