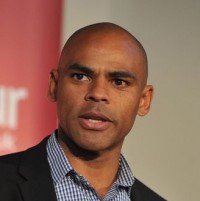 A city council at the centre of a media access row has stopped sending press releases to journalists.

Bristol City Council has announced it will no longer be emailing “traditional press releases” to news titles, opting instead to solely publish announcements on its own website and social media channels.

The council has claimed the move is part of a “digital first approach to sharing news” and believes it will “be able to reach more people” by increasing its own digital readership.

The move comes amid a boycott by multiple regional news titles of regular press conferences held by Mayor of Bristol Marvin Rees.

The boycott began after the authority decided to bar Bristol Post local democracy reporters Alex Seabrook and Adam Postans from his fortnightly briefings.

Mr Rees, pictured, has claimed the LDRs are not banned from the conference – instead insisting they are simply “not invited”.

In the announcement, shared by the Post, a council spokesperson said: “We wanted to let you know that Bristol City Council is taking a digital first approach to sharing news, and this includes a change in how we share our news with you.

“We hope that by growing our digital audiences, we will be able to reach more people with vital messages, including seldom heard groups.

“We are adopting a proactive approach on our online channels, with news stories now shared in the first instance on the BCC news website and on our social channels.”

The spokesperson added: “This content is unrestricted, so everyone is able to access it in real time.

“This change means we won’t be emailing traditional press releases, and instead you are encouraged to add our news site to your RSS feeds so you get instant alerts when news is published.

“We may also at times share news with media in advance such as during a media briefing, or through interviews.

“We hope this will prove a convenient and easy way to access our news, and we will of course continue to take any follow up questions and requests for interviews or comments via the newsdesk.”

News organisations including the Post, Bauer Media, the BBC, Bristol 24/7, the Bristol Cable, Bristol World and ITV West Country are currently boycotting the mayoral briefings after a public relations boss at Bristol City Council challenged Alex’s right to ask a question of the mayor during a recent conference.

After Alex quizzed Mr Rees over his decision to fly 9,000 miles to Canada and back to give a talk on climate change, the council’s head of external comms Saskia Konynenburg described the question as something “a journalist from a newspaper”, rather than an LDR, should ask.

The council defended its actions and claimed the Post breached a “long-standing agreement” that it would not send either Alex or Adam to cover the Labour mayor’s remotely-held conferences, while the newspaper said it has always “reserved the right” to have LDRs cover the briefings.