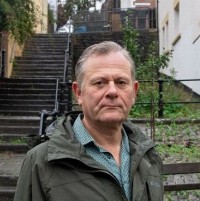 Councillors have demanded an inquiry into press officers’ behaviour after local democracy reporters were banned from press briefings.

The move has sparked a regional media boycott of the briefings, with Bristol 24/7, Bristol World, the BBC and ITV announcing they will stay away in solidarity with the Post.

The spat started after a public relations boss at the authority challenged Alex’s right to ask a question of the mayor during a recent conference.

Now the Green Party, which holds 24 seats on the council, has tabled a motion for the next council meeting urging the press office to “reinstate access to the LDRs to all press opportunities”.

The motion also calls for the authority’s monitoring officer to be instructed to examine how the administration’s decision sits with the relevant Codes of Conduct for officers and politicians, and for the chief executive to review council policies to ensure that the role of the press office is “depoliticised”.

Green councillor Ed Plowden told the Post: “This disgraceful action is particularly concerning, given that the council’s publicly funded press office is supporting this behaviour, when its job is to serve the city and people of Bristol, not to support partisan politics or prop up the fragile ego of a single politician.

“I have tabled a motion calling on the council’s legal department to examine the role of the council’s press office in light of this situation.

“This action brings the city into disrepute and is reflective of a model of leadership that the city has rejected.

“Attempting to hide from accountability is weak leadership. Attacking the person asking the questions is part of a political playbook that we have seen too much of in Bristol and across the world.”

Alex was challenged at a recent briefing by the council’s head of external comms Saskia Konynenburg after he questioned Mr Rees over his decision to fly 9,000 miles to Canada and back to give a talk on climate change.

Ms Konyenburg had described Alex’s question as something “a journalist from a newspaper”, rather than an LDR, should ask.

The council defended its actions and claimed the Post breached a “long-standing agreement” that it would not send either Alex or Adam to cover the Labour mayor’s remotely-held conferences, while the newspaper said it has always “reserved the right” to have LDRs cover the briefings.

The Bristol branch of the National Union of Journalists has praised journalists’ subsequent boycott of the conferences.

In a statement, the branch said: “We applaud the common position which is being adopted by Bristol’s editors. There is no place in a democracy for politicians to start deciding what questions are acceptable or who can ask them on behalf of the public.

“Local democracy reporters, like Alex and Adam, provide a valuable service to the public, reporting the activities of elected politicians and holding them to account.

“If that service includes asking a mayor who prides himself on his green credentials to justify flying 9,000 miles to give a talk on climate change, it’s simply now journalists effectively hold to account those in power.

“We condemn the behaviour of Marvin Rees and his press chief, which is not at all what we expect in local democracy.

“We stand firmly in support of our colleagues to report without fear or favour.”

According to the Post, the Greens’ motion is unlikely to be debated at the meeting on 5 July due to time constraints.

HTFP has approached Bristol City Council for further comment on the motion.