A council-run title published in defiance of government guidelines has recorded the third-highest circulation increase of 2021.

ABC figures for January to December 2021 show Waltham Forest News recorded a 5pc increase in circulation, when compared to the previous year.

The release of the figures come less than three months after Waltham Forest Council, which publishes the News, sparked controversy after claiming to be its area’s “largest local newspaper”.

The News was published eight times in 2021, despite government guidelines stating no local authority should publish a newsletter more than quarterly. 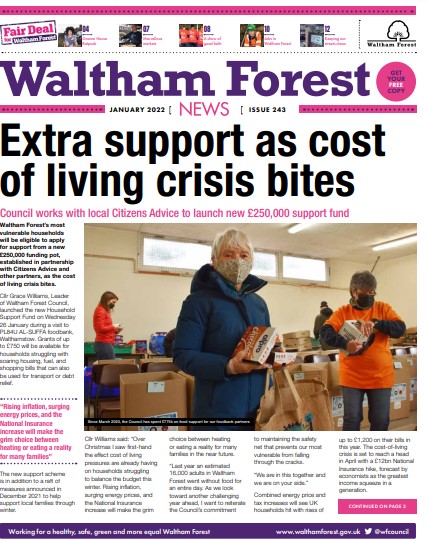 HTFP reported in December how the council had stood by the “largest local newspaper” claim following criticism from Waltham Forest Echo editor Victoria Munro, who accused the authority of “undercutting” her on advertising.

Hackney Council published Hackney Today fortnightly until 2019, when the Court of Appeal ruled the authority should comply with the guidance.

Since then, it has been published quarterly, with Hackney Life subsequently being set up to provide “information, not news”.

At the time, the council confirmed statutory notices would subsequently only be published in the local press.

Last week HTFP reported the Department for Levelling Up, Housing and Communities is looking into the publication of Haringey People, a title run by Haringey Council that has been published six times in the past year.

The full list of ABC figures can be found here.