Publisher hits out at ABC for auditing defiant council’s newsletter 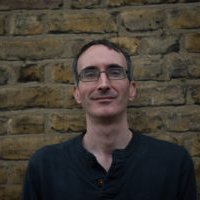 Editorial bosses have hit out at ABC for continuing to audit a council newsletter published in breach of government guidelines.

David Floyd, managing director of London-based publisher Social Spider, has joined the company’s editor-in-chief James Cracknell in criticising the audit bureau for for its work with Waltham Forest News, which is published by Waltham Forest Council.

The News was published eight times in 2021, despite government guidelines stating no local authority should publish a newsletter more than quarterly.

ABC has recorded certificates for the News since 2010, but the issue came to prominence in the most recently published figures after it was one of the few audited publications to record an increase in circulation over the course of 2021.

The release of the figures came less than three months after the council caused controversy by claiming to publish its area’s “largest local newspaper”.

The claim sparked criticism from Victoria Munro, editor of Social Spider title the Waltham Forest Echo, who accused the authority of “undercutting” her on advertising.

Social Spider’s titles are themsleves not currently audited by ABC.

Posting on Twitter, David said: “It really doesn’t do the credibility of ABC any good to be certifying a council ‘newspaper’ published in defiance of repeated court rulings – due to the serious damage that these publications do to the sustainability of independent local news.

“Before Christmas Waltham Forest Council was using its email newsletter to local businesses – many of whom would’ve signed up to hear about Covid-grants – to sell advertising space at discount rates undercutting [the Echo] and other independent publications.

“This is both a massive contravention of government guidance and the repeated court rulings that have confirmed it – and a textbook illustration of why those guidelines were issued by the government in the first place.

“ABC should be thoroughly ashamed of its role in facilitating this.”

James added: “Waltham Forest Council is continuing to flout a court ruling that it must limit publication of its propaganda pamphlet Waltham Forest News – which undercuts our independent publication – and now for some reason is being given legitimacy by the media industry’s auditor.”

ABC has declined to respond to James and David’s remarks, while Waltham Forest Council has also been approached for a comment by HTFP.