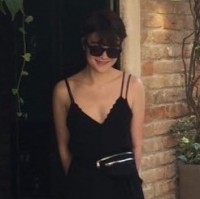 An editor has hit out at a council’s ‘insulting’ claim that its taxpayer-funded newsletter is “the largest local newspaper” on her patch.

Waltham Forest Council has already published seven editions of its Waltham Forest News in 2021, despite government guidelines stating no local authority should publish a newsletter more than quarterly.

Now Waltham Forest Echo editor Victoria Munro has criticised the council’s claim to publish the “largest local newspaper in Waltham Forest” and accused the authority of “undercutting” her on advertising rates.

Victoria, pictured, spoke out after the authority sent a promotional offer to local businesses last week offering them reduced advertising rates in the News.

The promotional email described the title as “the largest local newspaper in Waltham Forest with an outreach to the entire borough”.

“This taxpayer-funded newsletter is pushed through the letterbox of every household in the borough and allows the council to publicise its own good work and campaigns.

“While this is a valid aim, it is not sufficient reason to undercut the viability of the local press.”

HTFP reported in 2019 how the council had lost its fight at the Court of Appeal to continue publishing the News on a fortnightly basis.

Added Victoria: “There is good reason the government states no council should print such publications more than quarterly and why the council’s attempt to overturn this decision was slapped down by the Court of Appeal in 2019.

“If any residents who receive this newsletter do read it before tipping it into their recycling bin, what they will find between its covers is little more than council propaganda, containing none of the scrutiny, balance or nuance of a real newspaper.

“In our November issue, meanwhile, the Waltham Forest Echo published stories that held to account not only the council but also the Home Office, the Crown Prosecution Service and a local academy, while also highlighting exhibitions, charity campaigns and sports successes.

“The council’s decision to publish Waltham Forest News seven times already this year – with further issues planned for both December and January – is nothing short of brazen.

“Clearly they thought no one would notice but, unfortunately for them, this borough still has an independent local press paying close attention to what they do.”

HTFP has approached both Waltham Forest Council and the Department for Levelling Up, Housing and Local Government for a comment.