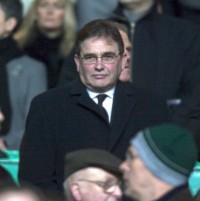 Two former editors – one of whom went on to serve as a minister under Tony Blair – have been recruited to run a weekly newspaper amid plans to return the title to having an office on its patch.

JPIMedia has announced the appointment of Murray MacLeod and Brian Wilson to the roles of editor and editor-at-large respectively of the Stornoway Gazette.

Murray is a former editor of Gaelic language newspaper An Gàidheal Ùr while Brian was founding editor of the West Highland Free Press before going on to a career in politics with the Labour Party, serving in several ministerial roles between 1997 and 2003.

HTFP understands John MacInnes, who took over as editor of the Gazette last year, will now move to work on a series of projects involving JPIMedia’s Scottish weeklies.

John previously vowed to make regular visits to the Gazette’s island patch on Lewis and Harris after admitting he was not “immune to criticism” over being based on the Scottish mainland.

Under its previous ownership, JPIMedia last year closed the Stornoway office along with 10 others across the country – citing the increased amount of remote working during the coronavirus lockdown in its decision.

But Murray has now confirmed plans are afoot to return to the Gazette having an office on its patch, while a “distinguished team of columnists and contributors” have been assembled to work for the paper.

He said: “Despite falling sales, the Stornoway Gazette brand remains prominent within the island community.

“A large part of its recent decline has been due to the lack of a local team and the absence of a local office, both of which will be put right.

“We cannot take people’s loyalty for granted and they won’t return to it without reason.

“We will bring a mix of good, strong local stories and a team of writers that would grace any national newspaper.”

JPIMedia’s new owners National World have launched a localisation strategy across the company in recent months, with more than 20 regional papers regaining their own dedicated editors in the process.

Brian, pictured, who originally founded the Free Press, was sacked as a columnist by his old paper in 2015 after coming to the defence of fellow columnist Donald Macleod, who had written a piece referencing the rise of Islam in the UK.

In his new role, Brian will report on a range of island affairs in both Gaelic and English.

He said: “When the new owners of JPIMedia asked me to be involved, I thought there was a duty to help restore the Gazette as a paper of record for the islands.

“A local newspaper is important not just for the service it provides in the present but also as a vital source for future reference.

“The Western Isles is an area with its own highly distinctive issues, interests and culture.

“They require a local newspaper, firmly rooted in the community, to serve these purposes.”

Eric Mackinnon will also return as sports editor at the Gazette to provide four pages of weekly coverage on football, shinty and other sports.