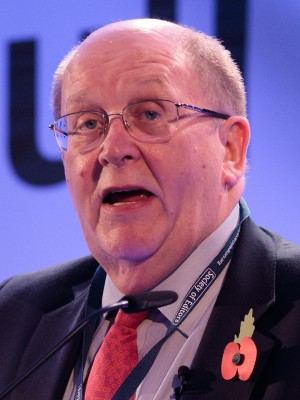 Tributes have been paid to former regional editor and “industry giant” Bob Satchwell who has died from Covid-19 aged 73.

Bob was editor of the Cambridge Evening News for 14 years before going on to found and lead the Society of Editors for the first 18 years of its existence.

He stepped down from the role following a serious illness in 2017 and had lived in a care home for the last few years of his life.

Bob was admitted to hospital a few weeks ago after developing pneumonia and Covid-19, but sadly did not respond to treatment and spent the last week of his life in a hospice before passing away peacefully, his family announced yesterday.

Beginning his career a reporter on the Lancashire Evening Post in 1970, Bob went on to become assistant editor of the News of the World, and then edited the Cambridge Evening News from 1984 to 1998.

His successor as executive director of the SoE, Ian Murray, led the tributes to a ‘true giant of the industry.’

“I know I speak for the board and membership of the Society when I say we have lost one of the media’s greatest champions. The principles of a free press ran through his veins,” said Ian.

“Bob was one life’s great communicators and this gift made him superbly able to fight his many battles on behalf of the press. From Leveson to the creation of IPSO, from threats to Freedom of Information, to the countless other attempts to stifle free speech, Bob was always there in the fight.

“On a personal level, I had known Bob from the days of the old Guild of Editors. It was his vision that saw the need for a truly national organisation to represent editorial standards and freedoms across the whole media spectrum.

“We all owe him a huge debt of gratitude.”

Bob’s family said in a statement: “As a family we are devastated to lose a true character who was a loving father, brother, husband, son, grandfather and friend.

“Throughout his life Bob has fought and won many battles but is now resting peacefully with his beloved wife Michele.”

A memorial service will be held later this year to celebrate Bob’s life, with further details to be confirmed.

The Society of Editors has opened a book of condolences on its website. Journalists wishing to submit an entry should do so via this google form: https://forms.gle/ZJbw6N8LszP96ewy8

Before founding the SoE, Bob was president of the Guild of Editors in 1997-98 and, as a member of the Editors’ Code Committee, helped revise the code after the death of Diana, Princess of Wales in 1997.

During his editorship the Cambridge Evening News was one of the most successful regional newspapers in Britain, winning Newspaper Society prizes for best circulation increases in 1993, 1995, and 1996.