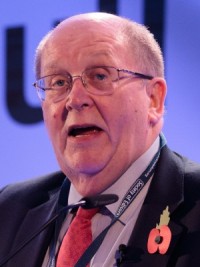 Society of Editors founder Bob Satchwell has been remembered as “outstanding in his field” and “an exceptional human being” at a memorial service attended by more than 100 people.

Bob, pictured, died in March at the age of 72 after developing pneumonia and coronavirus.

He had been unwell since suffering a severe stroke in 2017.

Rector the Reverend Canon Dr Alison Joyce told the service on Thursday afternoon: “Today we commemorate a man who was not only outstanding in his field but who was also an exceptional human being.”

Sir Clive Jones, the chief executive of ITV News and Regions until 2007, had known Bob since their student days.

He described Bob as a man people “could turn to and always a problem solver”.

Sir Clive said: “It was no surprise when he became the founder of the Society of Editors, a post he held with great distinction and honour until he suffered his terrible stroke in 2017.”

The Society of Editors has opened a Book of Condolences for people to add their own memories of Bob.