A reporter has hit out at a the latest example of a “duplicitous” fake newspaper being published by the Liberal Democrats.

Kate Cronin, of the Northamptonshire Telegraph, has criticised the party after discovering a copy of the North Northants Gazette, a leaflet which mimics a local paper.

In January, the Telegraph’s sister weekly the Northampton Chronicle & Echo issued a warning to readers about Lib Dem publication the Northants Citizen.

Since then, HTFP has highlighted numerous examples of the tactic being revived by the Lib Dems despite the Electoral Commission calling for “real change” on misleading party political leaflets following the 2019 General Election. 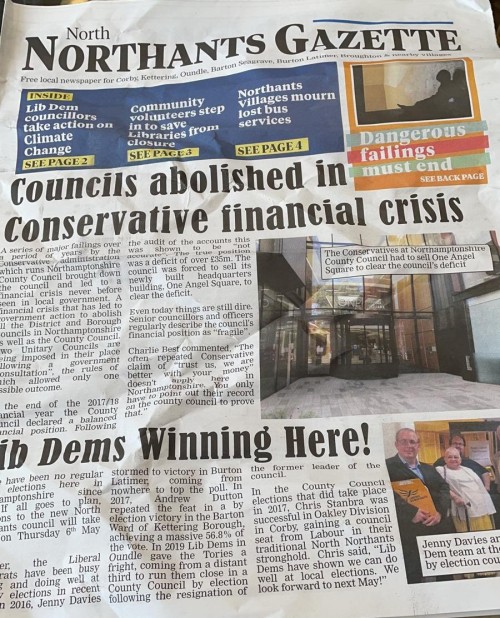 The practice has sparked an industry-wide campaign warning voters not to be “duped” by political parties’ fake local newspapers ahead of the forthcoming elections.

Posting an image of the Gazette on Twitter, Kate said: “Another duplicitous edition of the Liberal Democrat ‘newspaper’ is dropping through doors in North Northants.

“The next time they criticise ‘fake news’, remember their own propaganda sheet disguised as a ‘free newspaper’.

“The Electoral Commission has previously said this practice must end.

“The Lib Dems in our area have merrily continued with it.”